Thomas Michael Menino, who insisted a mayor doesn’t need a grand vision to lead, then went on to shepherd Boston’s economy and shape the skyline and the very identity of the city he loved through an unprecedented five consecutive terms in City Hall, died Thursday. He was 71and was diagnosed with advanced cancer not long after leaving office at the beginning of this year.

“Visionaries don’t get things done,” he once said, crisply separating himself from politicians who gaze at distant horizons and imagine what might be. Leaving to others the lofty rhetoric of Boston as the Athens of America, he took a decidedly ground-level view of the city on a hill, earning himself a nickname for his intense focus on the nuts and bolts of everyday life: the urban mechanic.

An old-school politician whose own smarts owed more to the streets than the college classroom, Menino nonetheless helped turn Boston into a hub of 21st-century innovation, recruiting high-tech companies to the sprawling South Boston waterfront one minute, then cutting the ribbon at a neighborhood burrito shop the next.

“No man possessed a greater love for our city, and his dedicated life in service to Boston and her people changed the face of the city,” said his successor, Mayor Martin J. Walsh. “With sheer determination and unmatched work ethic, he took a city that is not as big in size as we are in stature and put us on the world stage as a national leader in health care, education, innovation, and the nitty gritty of executing basic city services.”

“Because of his leadership,” Walsh added, “Boston is a better place today.” 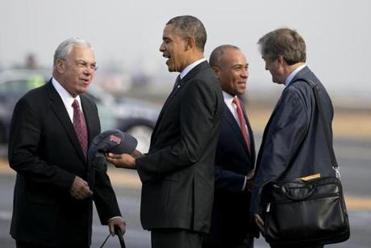