The Rosetta spacecraft’s 12-year mission studying a comet came to an end Friday when it crash-landed on the surface as planned, snapping photos along the way.

Rosetta, the first space probe to circle a comet, was ordered to fire its thrusters for 208 seconds, slipped out of orbit and collided onto the icy surface of the «67P» comet. Mission controllers said it was traveling about 90 centimeters per second on impact, about a walking pace.

Before it crashed, Rosetta collected and transmitted a final collection of data and photos, including some close up images of the comet’s surface. 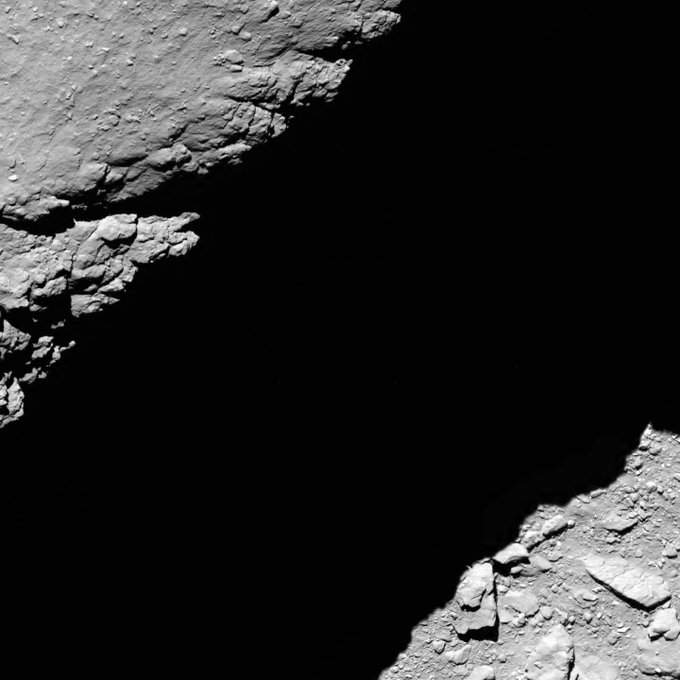 The spacecraft, which was launched by the European Space Agency in 2004, sent a probe named Philae onto the surface of the comet in November, 2014. The mission was considered the agency’s most ambitious.

One of the big early findings from the mission is the presence of molecular oxygen on the comet, which could have ramifications for how researchers look for possible alien life.

The probe also snapped more than 80,000 photos of the comet, which is about 730 million kilometers from Earth, focusing in particular on some deep holes on the comet’s surface.

Rosetta also discovered water on the comet, but it’s not the same water as we have on Earth, researchers said, adding that it potentially could change the theory that water was brought to Earth by comets.

But even bigger discoveries may lie ahead, despite Rosetta’s demise.

«The best thing is we still haven’t gone through all our data,» said Mohamed El-Maarry, a researcher at the University of Bern, Switzerland.