With white tape peeking out from under the red sweat band on his injured left wrist, Rafael Nadal was back in action on Sunday (7 August), playing his first match in 2½ months and back at an Olympics for the first time in eight years.

He was not, Nadal insisted after a 6-2, 6-1 victory over Argentina’s Federico Delbonis, back at full strength, however. And he would not, he also insisted, discuss the problematic tendon sheath in his racket-wielding arm for the rest of the event.

Nadal won a gold medal in singles at the 2008 Beijing Games, but he missed the 2012 London Olympics because of a knee injury that also forced him out of the US Open later that season. As a former No.1-ranked player and a 14-time Grand Slam champion, Nadal is one of his sport’s central figures, so his health is a significant topic in tennis.

«There’s only one chance every four years to experience an Olympic Games. It’s something unforgettable,» said Nadal, who carried Spain’s flag during the opening ceremony. «I missed the last one in London, so I didn’t want to miss this one.»

It was also the most noteworthy subject on a wind-swept, star-studded second afternoon of competition in Brazil that included straight-set wins by 2012 singles gold medalists Serena Williams and Andy Murray. 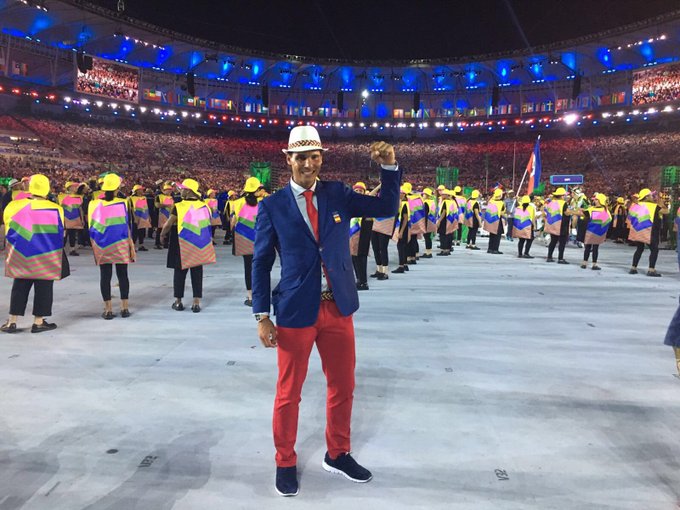 Nadal appeared tentative in the early going against Delbonis, a fellow left-hander who is ranked 43rd, but eventually displayed confidence with his heavy-topspin forehand, producing half of his 14 winners with that stroke.

Along the way to breaking for a 3-2 lead, Nadal smacked one down-the-line forehand winner, then threw a big uppercut and yelled, «Vamos» — eliciting a loud roar from spectators. There was a nearly identical celebration, and crowd reaction, when the match concluded. Nadal played cleanly, making only 15 unforced errors, while Delbonis made 31.