‘There she is’: Women in baseball react to Ng 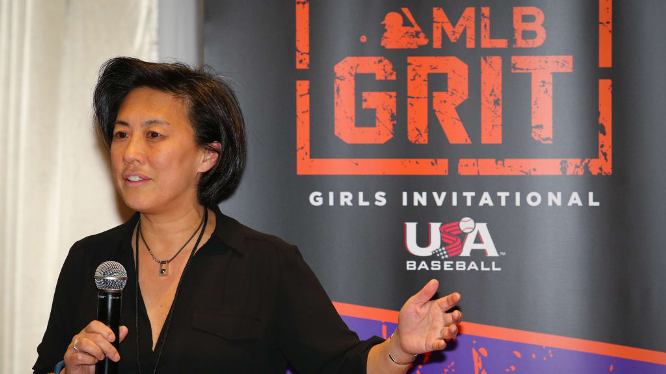 When longtime Yankees broadcaster Suzyn Waldman received word that Kim Ng was about to make history as the first woman general manager in baseball, she had to confirm the news herself. She sent a text message to a friend in the Marlins organization that said, “Please, please tell me this is real.”

The two-word reply meant everything to Waldman: It’s happening.

“And I’ve just been crying,” said Waldman, who has made history countless times in her decades-long journalism career. “Because of who she is and what this means. I wasn’t sure I was still going to be around to see it. It’s taken a longer time than I’d thought, and I knew it was going to take the right person doing the hiring for the right person.”

Giants coach Alyssa Nakken, who was the history-maker in January when she became the first woman working full-time on a Major League coaching staff, had heard Ng’s hiring might be in the works from the group text she’s in with other women in baseball — a text chain started by Indians life skills coordinator Jen Wolf in 2019. When the news became official, Nakken put down her coffee and opened the group text.

“It just blew up with all of the emojis and everything,” Nakken said. “Kim has done so much good for the game of baseball. Her résumé is outstanding, and she’s clearly the best candidate for this role. I think that for young girls and boys seeing this is huge because we’re starting to see more doors open, more paths paved.”

Ng’s hiring was so historic because of its glass-shattering influence — yet also perfectly pedestrian because of her résumé. She has more than 30 years of experience in Major League Baseball, including 21 in the front offices of the White Sox (1990-96), Yankees (1998-2001) and Dodgers (2002-11), as well as nearly a decade in MLB’s central office, most recently holding the role as MLB’s senior vice president of baseball & softball development.

Waldman has known Ng since 1998, immediately saw how smart Ng is and watched as Ng immersed herself in all aspects of baseball.

“I know early on, it was, ‘Well, she’s a girl. She’s a woman. What does she know about baseball?’” Waldman said. “We’re not transplanting a kidney here. You knew that you were looking at a GM, you hoped, somewhere down the line because of everything she brought to the table. There’s nothing she doesn’t know about baseball. She wanted to learn all of it. She immersed herself in it and when she didn’t know things, she went to the people who were best at it to find out how she could learn it.”

“There’s absolutely zero question why she got that job,” added Rachel Balkovec, a Yankees Minor League hitting coach. “It’s phenomenal. I couldn’t think of a better situation for women and for the game. It’s just a huge statement.”

• Everything to know about Marlins GM Kim Ng

Balkovec made history last year as the first woman hired in her role. There’s a trend throughout this story, and it’s not just that Ng’s hiring was a breakthrough moment in baseball history. More and more women have entered baseball’s workforce and broken barriers while doing so.

In addition to Nakken and Balkovec, Rachel Folden became the first female coach in Cubs history, after being named lead hitting lab technician and a fourth coach for their Rookie-level Arizona League team. Before this season, Tina Whitlock was named a fourth coach for the Cardinals, assigned to work with Minor Leaguers. Raquel Ferreira is the highest-ranking Red Sox official as their executive vice president/assistant general manager. Across the industry, more women are being hired for front office, coaching, scouting and player development roles.

For women who have been in the game a long time, like Waldman, Yankees senior VP and assistant GM Jean Afterman — who succeeded Ng when she left the Yankees — and Justine Siegal, who was the first woman on the coaching staff of a professional men’s baseball team in 2009, the recent hires are progress years in the making.

• Cashman: Ng was ‘indispensable’ with Yanks

“It just makes sense to me that the more diversity on your staff, which includes women, the greater you’re going to be able to serve your players,” Siegal said. “I think the dam has broken. All the work that women have done in the past, combined with the understanding, the awakening, that we need to get more women in baseball has come together. It’s exciting to know that these jobs are really possible.”

Now, finally, women are represented in one of baseball’s highest-ranking roles. That she is Asian American is equally as significant — Ng is the second person of Asian descent to lead an MLB team, following Farhan Zaidi, the former Los Angeles Dodgers GM and current president of baseball operations for the Giants.

“It changes the conversation from, ‘Oh it’s never been done,’ to, ‘Oh, well, Kim’s doing it so you can do it,’” Balkovec said. “With Jeter, I think that’s important, too, because it’s like, ‘Well, if he can make that decision, somebody who has that much respect in the game, anybody can make the decision.’ It changes the conversation and the idea that people have about what a GM looks like. The importance really just can’t be overstated.”

MLB has also worked to diversify its male-dominated on-field staffing. For the past two years, MLB has sponsored a program called “Take The Field” that helps women prepare for opportunities that could eventually land them spots in roles typically saved for men: coaching, scouting and player development.

• These women broke barriers in baseball

The women who have made history in baseball know from experience that Ng’s work is not done with this milestone achievement. The work is only beginning — both in her job and the barriers that women and minorities are tearing down.

“You’re not letting your shoulders relax,” Nakken said. “There’s no sitting back. You soak it in, but it’s like, ‘OK, here’s this next chapter that’s starting, I have a lot of work to do.’ I’m sure Kim is going through that. I know she’s not stopping now. I’m excited to see what she can do not only for that organization but for the game of baseball itself.”

But as the work continues, young people can scan baseball’s leaders and see Ng among the group. Asian Americans will see a piece of themselves. Women will see that they belong.

To help put into words the impact that Friday’s hiring has, Waldman tells a story from the mid-1990s when she went on a Philadelphia radio station. After first telling Waldman that he doesn’t like her style — to which Waldman now rolls her eyes at — the host tells her about his daughter.

“He said, ‘I watched my 10-year-old daughter watching you last night, and I realized that she’s never going to know that she can’t do this because there you are,’” Waldman recalled. “So that’s the thing that I take out of [Ng’s hiring]. There are little girls out there or older girls, and they’re never going to think it’s something that they can’t do ever again. Because there she is.”