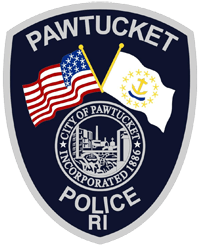 On 8/25/20, at approximately 8:40 PM, Pawtucket Police responded to 69 Talcott Ave for the report of a shooting.  Upon arrival, a 20 year old male was found on scene with non-life-threatening injuries sustained from what appeared to be gunshot wounds.  The male was taken to RI Hospital for treatment.  A suspect wearing a dark hooded sweatshirt was observed fleeing the scene on foot.

Detectives responded and are currently investigating.