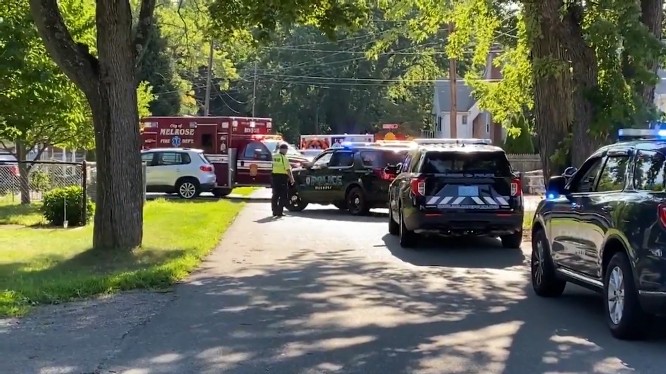 SAUGUS — Chief Michael Ricciardelli reports that three Saugus Police Officers were stabbed this morning when investigating a report of a stolen motor vehicle.

Police responded to a residence on Tuttle Street on Thursday at approximately 7:20 a.m. to investigate a report of a stolen U-Haul rental vehicle that had not been returned.

SOSSONG declined to exit the residence upon police arrival. Police made entry into the home following an initial investigation, and an altercation ensued with SOSSONG

Three Saugus Police Officers were stabbed by an sharp weapon upon entry, all sustaining what are believed to be non-life threatening injuries.

All three were taken by ambulance to area hospitals, and additional Saugus Police and mutual aid partners responded to the scene. A fourth officer was also evaluated by EMS and transported to a local hospital as a precaution, but his injuries were not believed to be serious.

The injured officers were able to disarm SOSSONG and place him into custody as other officers arrived. SOSSONG was transported to an area hospital for evaluation.

Police have blocked off Tuttle Street as they continue to investigate. The incident remains under investigation by Saugus Police. Additional information will be provided as it becomes available.

Melrose, Wakefield and State Police responded to the scene to provide support.

These are allegations. All suspects are innocent until proven guilty.