Rep. Williams calls for unity and change against ‘historic reminders of slavery’ in Providence 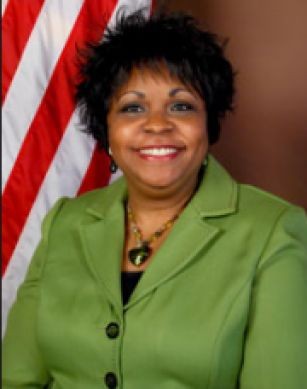 STATE HOUSE – Rep. Anastasia P. Williams (D-Dist. 9, Providence) is calling for the residents of Providence to unite and abolish historic reminders of slavery and oppression that still remain in the state’s capital city.

“In the spirit of cooperation, unity and sensitivity during this time in American history when our society is finally taking a long, hard, and critical look at the prevalence of systemic injustices and racism that have survived in our country for far too long, now is the time to shed the divisive remnants of slavery and subjugation that still exist in the City of Providence.  To some, these examples may just be words, but for too many, especially our residents of color, these painful reminders of darker days are evidence that our society still has much more work to do in order to value and appreciate the diversity that makes Rhode Island so strong.  Symbols of slavery should have no place in our city,” said Representative Williams.

Representative Williams points to the Nathanael Greene Middle School in Providence and a statue of Nathanael Greene at the State House as examples of troubling monuments to those involved with the slave trade in Rhode Island.  She also cites The Plantations Condominiums and Esek Hopkins Middle School, both in Providence, as lingering illustrations of slavery and persecution that still remain in the city.

Representative Williams also notes the effort made by many historical societies in our state to educate the public about notable Rhode Islanders with connections to slavery.  She believes the John Brown House Museum and the Stephen Hopkins House are excellent examples of engaging, and not erasing, difficult histories by detailing the horrors of slavery involving some of Rhode Island’s most historic families.

“I believe that the overwhelming majority of Providence residents are good and hard-working people who wish nothing more than to get along and live side-by-side in a cohesive, fair and equitable society.  By eliminating these relics of persecution and repression, we will be one step closer to acknowledging and rectifying the centuries of abuse, enslavement, and oppression that Americans of Color have experienced throughout generations,” concluded Representative Williams.