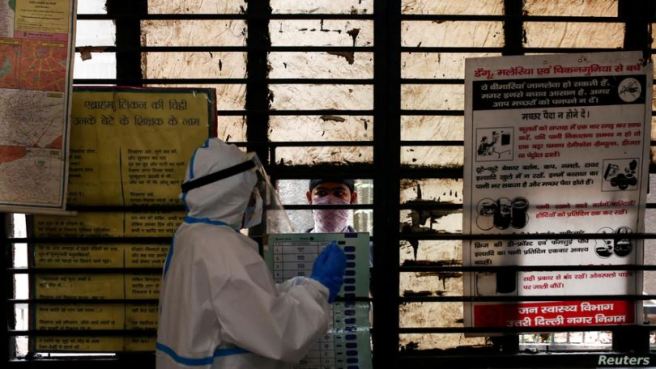 LONDON – The probability of death from COVID-19 increases dramatically with increasing poverty because of underlying inequalities in society in many poorer countries, according to researchers from Imperial College London.

The warning comes as the coronavirus pandemic expands rapidly in many countries classed as lower-income or lower-middle-income, such as India and Nigeria. India has recorded over 13,500 deaths from COVID-19 and close to 250,000 cases, with infection rates climbing rapidly in recent days, according to data from the Johns Hopkins University Coronavirus Resource Center.

Imperial College researchers say unfair or avoidable differences in health among different groups in society — known as “health inequities” — mean that some groups are at far greater risk.

“From just three factors alone, that is, the availability of hand-washing facilities, an ability to work from home and hospital access, we estimated on average a 32% increase in the probability of death from COVID-19 when comparing individuals from the poorest households to those in the wealthiest households, with the key driver really being lack of access to hospital and ICU beds,” Peter Winskill of Imperial College London, told VOA in a Skype interview earlier this month.

Poorer families also tend to live in larger, multigenerational households which hampers efforts to protect elderly family members through social distancing. Other indirect effects of the pandemic also have a disproportionate impact.

“There is an overlap in the potential timing of lockdowns in these areas with key planting and harvesting seasons for staple crops,” Winskill said. “And we also know from the data that individuals in poorer households in these areas also depend more on food grown themselves, so there are serious food security issues.”

Health services for other diseases are being severely impacted by COVID-19.

“HIV-, TB- and malaria-related deaths over the next five years in high burden settings may be increased by up to 10, 20 and 36 respectively,” Winskill said.

The report’s authors say existing patterns of inequality mean the poorest are less able to protect themselves from infection. They urge governments to focus on improving access to hand-washing and strengthening community health services.