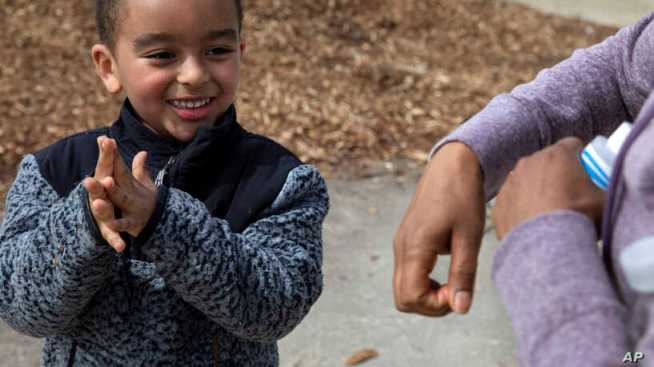 NEW YORK – New York City’s health commissioner said Tuesday that a number of children who had the coronavirus have also developed a rare condition known as Kawasaki disease.

“Generally, if the condition is identified early, there is definitive treatment and there are typically no long-term consequences,” New York City Health Commissioner Dr. Oxiris Barbot told reporters about the inflammatory syndrome. “However, if the syndrome is not identified early, there can be long-term consequences, most commonly related to ongoing heart problems.”

The city’s health department said in an alert that 15 children ages 2-15 years old have been hospitalized with Kawasaki in the past two weeks. Four tested positive for COVID-19, the disease caused by the coronavirus. Eleven others tested negative, but six of them were positive for COVID-19 antibodies, indicating they had earlier been infected with the virus. Five of the children required breathing assistance on a ventilator.  All 15 children survived.

Barbot said a small number of cases have also been reported in the northeastern U.S. cities of Philadelphia and Boston. Doctors in Britain have also documented Kawasaki symptoms.

“We are not sure what to make of this yet,” New York City’s health commissioner said. “We are still learning every day about how COVID-19 behaves, not only from a public health point of view, but from a clinical point of view.”

Symptoms to watch for

Barbot said symptoms include children having high fevers for several days, red eyes, a rash, abdominal pain, swelling of the hands and feet, and brightly colored lips and tongue, known as “strawberry tongue.” Kawasaki is typically treated with immunoglobulin and aspirin.

Generally, children have been mildly affected by COVID-19, but there have been severe cases and a handful of deaths in the United States.

Barbot said the strain of the virus New York is experiencing is behaving slightly differently than the one in China.

“Hence, we are seeing children with Kawasaki and Kawasaki-like syndromes,” she said.

The health commissioner urged parents to closely monitor any symptoms and call their child’s doctor if they observe them with signs of the illness. She also said doctors are required to report to the health department when they see atypical presentations of conditions because it can help health officials to better understand how the virus is affecting the city.

Asked if this development could affect the reopening of New York City schools in September, Mayor Bill de Blasio said he has a “safety first” approach, and any particular challenges would be part of the overall reopening strategy.