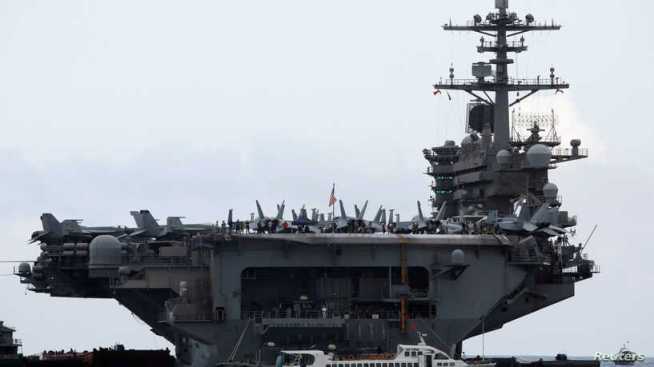 WASHINGTON – Four U.S. Navy surface ships entered the Barents Sea on Monday for the first time in decades as part of maritime security operations aimed at asserting freedom of navigation in the Arctic Circle.

U.S. surface ships, as opposed to U.S. submarines that regularly prowl the Arctic waters, have not operated in the Barents Sea since the mid-1980s.

“In these challenging times, it is more important than ever that we maintain our steady drumbeat of operations across the European theater,” said Vice Adm. Lisa Franchetti, commander, U.S. 6th Fleet.

She added that the operation was critical to reinforcing “a foundation” of readiness in the Arctic, where the austere weather environment places extreme demands on vessels.

The Russian Ministry of Defense was notified of the visit to the Barents Sea on Friday “in an effort to avoid misperceptions, reduce risk, and prevent inadvertent escalation,” according to a statement from U.S. 6th Fleet.

U.S. Gen. Tod Wolters, NATO’s supreme allied commander Europe and head of U.S. European Command, told members of the Senate Armed Services Committee in February that the Arctic remains a “great concern” to the alliance, as Russia and China increase military activity there. He said he believed the U.S. needed to be as focused in the Arctic as they are in the Baltics and elsewhere.

An alliance exercise in the Arctic kicked off in March but was canceled midway by the Norwegian government due to COVID-19 concerns. The exercise, dubbed Cold Response, was part of NATO’s larger Defender Europe 2020 exercise, which has seen cancellations, postponements and modifications across the board this year due to the pandemic.