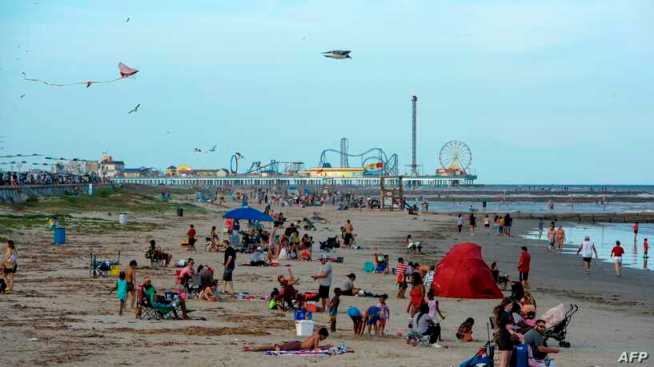 In the first phase of Gov. Greg Abbott’s plan for Texas to reopen, the state’s beaches fully reopened last week.

In the Gulf of Mexico coastal city of Galveston, the beach patrol reported thousands of visitors over the weekend.

Galveston issued a statement as the beaches opened Friday, saying its top priority is the health of its residents. Officials strongly urged residents to “continue taking health precautions and following the CDC, state and health district guidelines regarding COVID-19, including social distancing and avoiding gatherings of more than 10.”

Video and pictures from the beach over the weekend showed that not everyone took those warnings seriously.

Prior to opening, the beaches were available only from 6 a.m. to 9 a.m. daily for pedestrians, joggers and surfers.