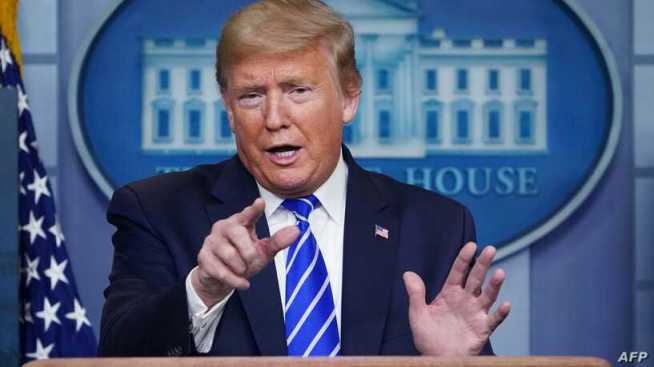 The funds in the fourth spending package in just two months will allow tens of millions more Americans to receive critical relief since COVID-19 forced the closure of much of American commerce.

More than 26 million Americans have filed for unemployment benefits since the outbreak began, and the figure grew by 4.4 million last week, according to numbers released Thursday.

The legislation was overwhelmingly approved on a 388-5 vote in the House as Trump and Vice President Mike Pence held a coronavirus briefing for reporters Thursday at the White House.

Scientists say if preliminary research goes well on vaccine candidates, they would be ready for clinical trials in a year to 18 months.

The nation’s top infectious-disease specialist, Dr. Anthony Fauci, told Time magazine on Thursday that there are still problems in the United States securing supplies needed to conduct coronavirus tests, such as swabs and chemicals.

“I am not overly confident right now at all that we have what it takes” to do testing, said Fauci, a prominent member of the White House coronavirus task force. “We’re doing better, and I think we’re going to get there, but we’re not there yet.”

Trump, asked about Fauci’s comment, replied: “If he said that, I don’t agree with him.”

During Thursday’s briefing, William Bryan, the acting undersecretary for science and technology at the Department of Homeland Security, revealed that experiments with the virus indicate it dies faster when exposed to sunlight, in warm temperatures and under humid conditions.

“The virus is dying at a much more rapid pace just from exposure to higher temperatures and just with exposure to humidity,” Bryan said. “You inject sunlight into that, you inject UV rays into that … the half-life [of the virus] goes from six hours to two minutes.”

Trump then suggested it should be studied whether disinfectants and “ultraviolet light” could be injected inside the human body to fight the virus.

His remark prompted cable news networks to quickly warn people not to drink or inject disinfectants, such as bleach.

As of Thursday evening EDT, more than 867,000 people in the United States have tested positive for COVID-19, according to Johns Hopkins University statistics. The nation has reported more than 49,000 deaths from the virus, nearly a third of them in New York City.

About 14 percent of New Yorkers have likely had the disease, according to preliminary results of antibody testing released by New York Governor Andrew Cuomo on Thursday.

Officials in the northeastern state randomly tested 3,000 people at shopping locations to see if they had the antibodies that fight the coronavirus, an indication that they could have been infected and recovered without experiencing significant symptoms.

On the U.S. West Coast, the state of California recorded its deadliest 24-hour period from the virus, Governor Gavin Newsom said Thursday, announcing that 115 people in the state had succumbed to COVID-19 the previous day, bringing the state’s total number of deaths to 1,469.

California’s total hospitalizations and the number of people in intensive care because of the virus have both dropped, Newsom said.

“But with deaths and still positives going up, again, I caution people that we’re not out of the woods,” said the governor.

Newsom also announced that the federal government had sent the state 90,000 testing swabs out of a promised initial shipment of 100,000 — assistance that the president had committed to during a conversation with the governor the previous day.

A social media account of the president’s reelection campaign promptly included the Democratic governor’s remarks in a video.