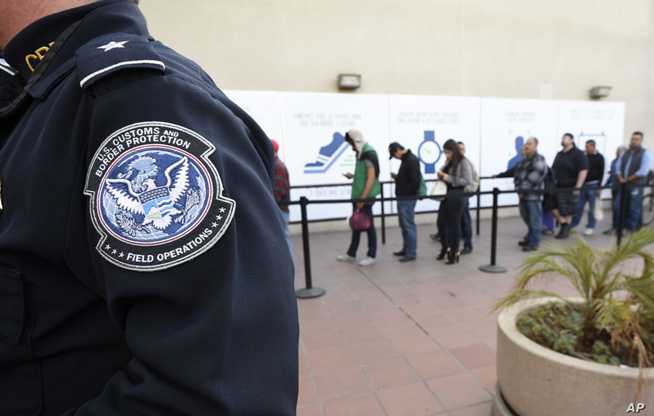 WHITE HOUSE – Amid the coronavirus pandemic there will be a pause of at least 60 days in the issuance of green cards, U.S. President Donald Trump announced on Tuesday — a move that will potentially close the country off to tens of thousands of people.

“It would be wrong and unjust” for those laid off by COVID-19 “to be replaced by new immigrant labor from abroad,” Trump said.

The short break on the arrival of those granted permanent residency, according to Trump, “will protect the solvency of our health care system” overwhelmed by the pandemic.

The president said in a Wednesday morning tweet he would be signing the order later in the day.

“The farmers will not be affected by this at all,” said Trump at Tuesday’s briefing, indicating there will not be restrictions on agricultural workers and other helping to secure the food supply. “If anything, we’re going to make it easier and we’re doing a process to make it better for those workers to come in to the farm.”

The administration reportedly is also seeking to require technology workers in the country on H-1B visas to provide updated certifications that they are not displacing American workers.

Critics of the president accuse him of using the health crisis as an excuse to pursue a hardline immigration policy to appeal to his conservative supporters in an election year.

“I’m not doing that at all,” Trump said.

“The president more than anything else just simply wants to try to pivot away from the criticisms of the way he’s handled the pandemic … and towards a subject that can rile up his base and a subject that he’s comfortable talking about,” Christobal Ramon, senior policy analyst for immigration at the Bipartisan Policy Center, told VOA.

“We have to build back our country,” Trump said Tuesday in the White House press briefing room. “People want to get back to work.”

Twenty of the 50 states are moving quickly toward reopening their economies, the president said.

While the White House coronavirus task force, led by Vice President Mike Pence, issued guidelines to slow the spread of the coronavirus, Trump has repeatedly emphasized the need to relax the strictures in the advisories and get people back to work.

Recent tweets by the president with the imperative “Liberate” targeted at several states with Democratic Party governors with strict stay-at-home orders continue to generate criticism.

“He’s fomenting protest, and I hate to say, that is fomenting some violence,” said Illinois Gov. J.B. Pritzker. “I’m very concerned about what that might mean for the country if he keeps doing things like that.”

Another Democratic governor, Andrew Cuomo of New York, whose state is the current epicenter of the global pandemic, met with Trump at the White House on Tuesday afternoon.

The president did not pressure him on a fast reopening of his state’s economy, Cuomo told MSNBC.

The governor said his focus during the meeting was on ramping up COVID-19 testing – a benchmark needed for determining the timing and extent of relaxing social guidelines. Cuomo said he also told Trump that states, reeling from the economic impact of shutdowns, need federal funding.

“I stayed focused on what we were there to talk about and for me the substantive agenda was testing – who does what, how do we get it up the scale – and somebody has to stand up for funding for the states,” the governor said during a live telephone interview.

“That’s part of phase four” of stimulus money, said the president, who on Tuesday lauded the Senate for approving a third-phase package of nearly half a trillion dollars that is expected to be approved by the House on a bipartisan basis Thursday.

The coronavirus, for which there is no vaccine, has claimed nearly 45,000 lives in the United States – the most reported by any country.

An improvement in the trend is being seen in large metropolitan areas across the country, except for the Washington, D.C. area, a member of the coronavirus task force, Dr. Deborah Birx, told reporters Tuesday.

Patsy Widakuswara contributed to this report.