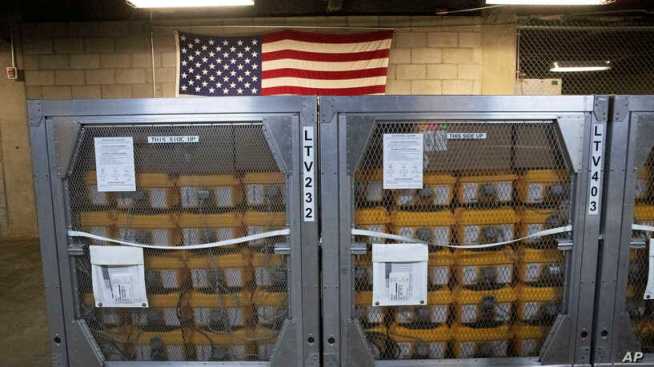 The first run of a new, low-cost ventilator is coming off the assembly line in New York City.

With COVID-19 raising concerns about a shortage of breathing machines for critically ill patients, the city turned to home-grown industries to try to fill in the gap.

Full-featured ventilators cost tens of thousands of dollars, but these stripped-down devices can be manufactured for a few thousand. They could be especially valuable in developing-world countries without the resources for expensive equipment.

As death rates in New York rose exponentially in March, state officials feared they would need many more ventilators. They saw what happened in Italy, where shortages forced doctors to make difficult decisions about who received access to this potentially life-saving equipment.

“The mayor called and made it very clear that we need to focus on making ventilators and anything else we could in New York City,” he said. “The supply chain was just not reliable and that we had to do what we could to rely on New Yorkers.”

Meanwhile, executives at Newlab, a Brooklyn-based business incubator, were also watching the grim news from Italy as COVID-19 spread.

“As the virus started coming to New York, and we were faced with shuttering Newlab, I started feeling like, ‘Oh my God, we have all these talented people, and we really should do something if we can,'” Newlab co-founder Scott Cohen said.

As Cohen recovered from his own mild case of COVID-19, he came across a design for a low-cost ventilator made by MIT students 10 years ago.

“They started emailing the former students who had been on that team, saying, ‘How can we do this? We want to know how to build this,'” he said.

The device is based around a hand-pumped piece of medical equipment known as a bag-valve mask. Viewers of TV hospital shows have seen patients wheeled into an emergency room on a stretcher with a paramedic squeezing a bag attached to their faces. That’s a bag-valve mask. Squeezing the bag draws air into and out of a patient’s lungs when they are unable to do it themselves.

But there is more to it than that. Some other designs the MIT group saw raised concerns.

“It’s not enough to make something that just punches a bag repeatedly,” said Shakti Shaligram, one of the designers of the MIT device. Too much pressure can damage the patient’s lungs, for example.

“We realized that there was a lot that was starting to pop up that would be very unsafe,” Hanumara said. “So, we reconvened and relaunched this project quickly.”

One year in one month

The original design needed work. An early prototype broke when the engineers tested it on an 80-kilogram pig. The animal’s body weight pushed back harder than they expected.

“This is part of every design process for everything. Things always fail,” MIT mechanical engineering student Kimberly Jung said. “And we just got back to the drawing board and figured out why it broke and how we could make it better.”

The pace has been exceptional.

“I would say that together, a year’s worth of engineering has been done in a month,” Hanumara said.

Several other groups are working on low-cost ventilators, including Rice University and the University of Minnesota. The Minnesota group’s device, called the Coventor, has also received FDA emergency-use approval. Boston Scientific plans to produce 3,000 of the devices and sell them for $1,000 each, the cost of manufacturing.

New York-based Boyce Technologies has started manufacturing Spiro Waves. The company received $10 million from NYCEDC and a commitment to buy the first 3,000 units. The company says it can make hundreds per day in New York and thousands per day globally, at an estimated cost of between $2,500 and $5,000 each.

The units are arriving as the death toll from COVID-19 in New York is waning. But this may just be the first wave.

“There is likely to be a second and a third wave of coronavirus, and those waves could occur simultaneously with influenza,” noted Mitchell Katz, president and CEO of NYC Health + Hospitals, the city’s public health care system. “So, I by no means think that it’s over. We may well be using these Spiro Wave devices in our emergency rooms in the future.”

Plus, Cohen said he has received inquiries from around the world.

Rockefeller Philanthropy Advisors plans to help scale up production in the developing world.

“It has enormous potential in the global south, including beyond this pandemic,” president and CEO Melissa Berman said.