Storms Leave 18 Dead in Southeastern US 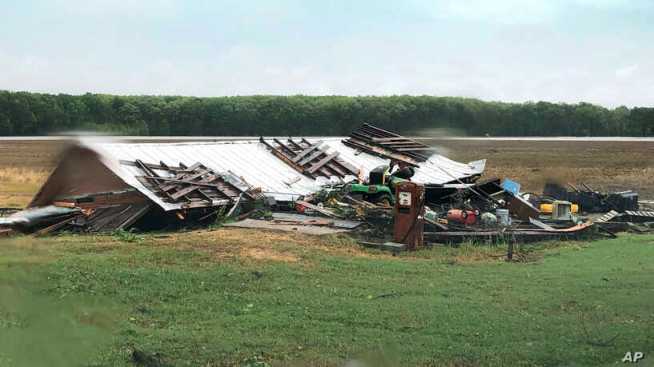 Severe storms that moved across the southeastern United States on Sunday into Monday killed at least 18 people.

The storms brought heavy rain and strong winds, with 34 reported tornadoes in Texas, Louisiana, Mississippi, Georgia and Tennessee leaving hundreds of homes ripped to shreds and at least 860,000 people without electricity.

Dozens of people were hospitalized. The Chattanooga, Tennessee, area was particularly hard hit.

In all, 10 states were under flash flood, tornado and thunderstorm warnings and watches overnight.

Eleven of the deaths were in Mississippi. “This is not how anyone wants to spend Easter,” Mississippi Gov. Tate Reeves said in a statement.

“The state and our first responders are working around the clock and will not rest until this is over,” Reeves said. “We are mobilizing all resources available to protect our people and their property.”

The threat spreads north up through the mid-Atlantic coastal states on Monday, with the National Weather Service again warning of the potential for strong tornadoes, damaging wind and flash flooding.

« Astronauts Returning to a Changed Earth Amid Pandemic
Fauci: ‘Extraordinary Risk’ of Further COVID Spread If US Reopens Too Soon »