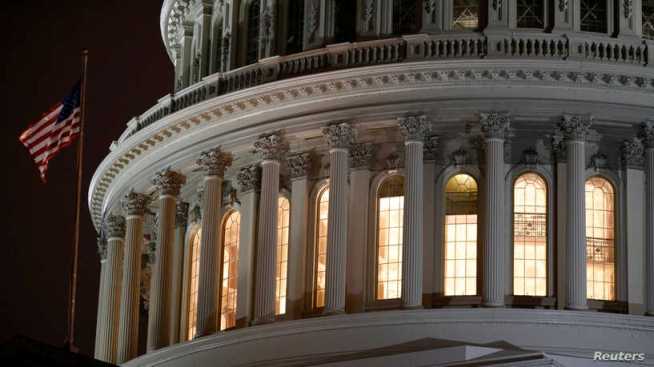 WASHINGTON – The U.S. Senate failed Thursday to pass additional funding to help struggling American workers dealing with the impact of the coronavirus. The attempt came less than two weeks after U.S. lawmakers passed the largest economic relief package in the country’s history.

The measure advanced by Senate Republicans would provide an additional $250 billion for the Paycheck Protection Program (PPP), a $350 billion program that is part of the broader Coronavirus Aid, Relief and Economic Security Act, or the CARES Act.

That $2.2 trillion rescue package was quickly written and passed by Congress late last month, as businesses nationwide dealt with the economic fallout of coronavirus stay-at-home orders.

Congressional Democrats blocked the latest attempt, arguing Senate Majority Leader Mitch McConnell had not sufficiently consulted with them regarding the quarter-billion-dollar increase. Republicans in turn blocked Democrats’ attempt to increase aid for hospitals and local governments dealing with the fallout of the crisis.

Lawmakers will get another chance to negotiate the increase Monday when the Senate returns for a pro forma session. Until then, House Speaker Nancy Pelosi said she had no plans to negotiate with Republicans and Treasury Secretary Steven Mnuchin over the Easter holiday weekend.

The temporary closure of millions of businesses has triggered historic levels of unemployment, with 6.6 million Americans filing assistance claims just this past week. That put the number of Americans currently out of work at  about 17 million people, or nearly 10% of the U.S. labor force. Many analysts predict unemployment numbers could soon reach levels last seen in the United States during the Great Depression in the 1930s.

The PPP gives loans to small businesses to cover their payroll and expenses during the economic slowdown. According to McConnell, $100 billion in loans – or almost a third of the entire program – has already been committed since the program opened for applications on April 3.

“The country cannot afford unnecessary wrangling or political maneuvering. Treating this as a normal, partisan negotiation could literally cost Americans their jobs,” McConnell said on the Senate floor Thursday, noting Republicans were not asking for any changes to the previously negotiated language in the bill.

The program had a rocky rollout when it opened for applications last Friday. Many business owners were deemed ineligible to apply because their business banks were not on the list of lenders participating in the government program. Others reported long hold times to obtain information on applications that had been quickly written to encompass a rapidly changing situation.

In a press call with reporters Thursday, Pelosi called for part of the increase in funding for PPP to be funneled through community organizations focused on helping women, minorities and other organizations she said would be better equipped to handle the aid than some larger banks.

Negotiations on a second-round economic relief package are already under way, with lawmakers scheduled to return to session on Capitol Hill on April 20.

Pelosi left open the possibility Thursday that the situation in Washington would still not be stable enough for lawmakers to gather in large numbers for a return to work.

“We don’t want anybody coming back at any time – that might not be healthy for them,” she said.

Once lawmakers agree on increases for the CARES Act, they will turn back to negotiations on a second round of economic aid already known as CARES 2.

Pelosi initially proposed legislation heavy on infrastructure initiatives that would address broader problems exposed by the coronavirus outbreak — failures in broadband technology and the nation’s crumbling roads and bridges. The approach did not gain sufficient traction.

Democrats will likely ask for another round of direct payments to Americans, even as the first $1,200 payments to many lower- and middle-class Americans are set to be distributed through April.

A proposal for vote-by-mail is also likely to receive a renewed push following criticism of Tuesday’s primary election in Wisconsin, the first state to hold in-person elections since coronavirus stay-at-home orders went into effect.

“No proposal will be complete without addressing the need for essential workers,” Schumer said.