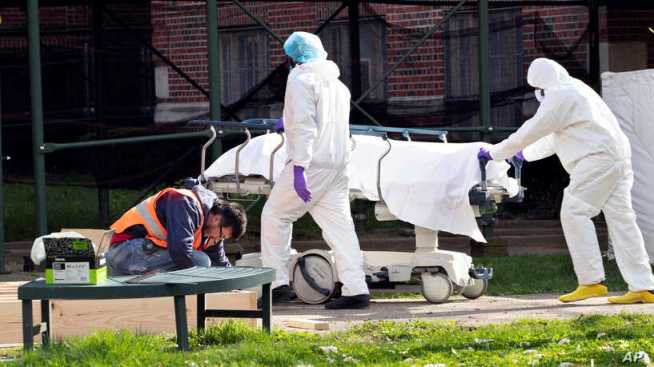 WASHINGTON – In less than a month, more than 5,000 Americans have joined a class-action lawsuit in Florida seeking reparations from the Chinese government for COVID-19 damages. The plaintiffs claim to have suffered huge losses due to Beijing’s negligence in containing the virus. Similar class-action lawsuits also were filed in Nevada and Texas.

“Our lawsuit addresses those who have been physically injured from exposure to the virus … it also addresses the commercial activity China has engaged in around the “wet markets” trade,” Berman Law Group, which filed the Florida suit, told VOA.

Chimene Keitner, professor at the University of California Hastings College of the Law in San Francisco, disagrees.

“If you read any of the cases that have been decided under the statute [FSIA], it is extremely clear that personal injury, the conduct of a Chinese official needs to happen in the territory of the U.S. for that to apply. And there’s no allegation of commercial activity here,” Chimene noted.

She added, “you can’t sue foreign states for their policy decisions.”

A potential U.S. lawsuit against China for coronavirus damages could be worth $1.2 trillion, according to British conservative think tank, the Henry Jackson Society. In its new report, the Henry Jackson Society said China is potentially liable for the damages incurred due to its early mishandling of the disease. Specifically, intentionally withholding information from the World Health Organization was cited as a violation of the International Health Regulations.

The think tank urged countries to sue China, laying out 10 different legal avenues to pursue, including the WHO, the International Court of Justice, Permanent Court of Arbitration, courts in Hong Kong, and the U.S.

“Not simply using one but using a combination of the legal avenues may prove to be the most effective way forward,” said Andrew Foxall, director of research at the Henry Jackson Society and co-author of the report, in an interview with VOA.

Countries, including the U.S., are unlikely to come forward, though, and make an official legal challenge against China over the coronavirus, according to David Fidler, visiting professor at the Washington University School of Law in St. Louis, and former legal consultant to the WHO.

“Epidemics could break out anywhere … So, there’s this shared interest not to throw what I call the normative boomerang,” said Fidler “Interestingly, countries have very strong common interest not to apply international law in a mechanical way in connection with infectious disease outbreaks.”

The customary law of ‘International Responsibility’ for damages caused to another nation was first recognized in the Trail Smelter arbitration in the 1920s.

A smelter in British Columbia, Canada, emitted toxic fumes and caused damage to the forests and crops in surrounding areas, and also across the Canada-U.S. border in Washington State. A tribunal was set up by Canada and the U.S. to resolve the dispute, and the Canadian government agreed to provide compensation.

Legal scholars draw parallels to Chinese responsibility in the spread of the coronavirus.

“If Canada had good environmental laws in place, the smelter wouldn’t be polluting and wouldn’t have done harm in the U.S. It looks related here. If China just maintained an adequate food safety regulatory regime, the harm wouldn’t have been spread,” said Russel Miller, professor of law at Washington and Lee University.

William Starshak, a finance attorney in Chicago, points out that it will be in China’s interest to assume responsibility, as Canada did.

“That actually will help China show itself to be a responsible citizen, but also to bring all of these claims, which are going to be diverse and have all sorts of geopolitical issues, come with a massive bill into one forum. Address them. It’s really the only way for China to move beyond this,” Starshak said.