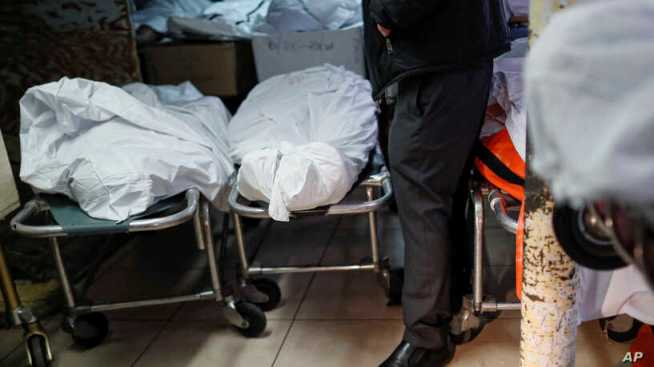 NEW YORK – Forty percent of all U.S. coronavirus cases are concentrated in New York state, where the death toll hit a new single-day high of 562 on Friday.

“You have more deaths, you have more people coming into hospitals than any other night,” Governor Andrew Cuomo told reporters in the state capital, Albany.

Hospitalizations shot up by over 1,400 people overnight. More than 335 were placed in intensive care units, which means they require ventilators to help them breathe.

Neighboring New Jersey has the second most cases in the country, with just over 25,000. California is third with nearly 11,000 cases.

New York also has suffered the most coronavirus deaths with nearly 3,000, while New Jersey has lost 539 residents and California 243.

As New York gets closer to its projected peak load of cases later this month, the governor announced that he will sign an executive order compelling health care facilities to hand over ventilators that they are not currently using or are stockpiling. COVID-19 is a respiratory virus and the most severely affected patients require breathing machines.

He said the National Guard would be sent to collect and distribute the ventilators to facilities that are in dire need.

He said owners of the machines would get them back later or be reimbursed for the cost so they can purchase a new one. Ventilators normally cost around $25,000 each, but with the surge in global demand, Cuomo has said the price has soared to around $50,000 per machine.

The state is seeking 30,000 ventilators for its population of 19.5 million. Cuomo noted that this move would not fix that problem, but it would help.

Cuomo reiterated his promise to help other U.S. states with equipment and personnel once the worst is over in New York.

According to the model the state is basing its response planning on, 16,000 residents could succumb to the virus.