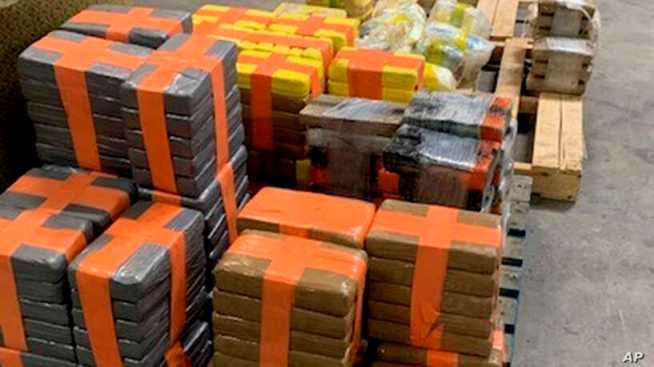 U.S. federal agents seized a large cache of drugs from a long tunnel used by smugglers to move them across the U.S.-Mexico border.

The 600-meter long tunnel, which ran under a series of warehouses from the northern Mexican border town of Tijuana to the southern California city of San Diego, was discovered on March 19 by the San Diego Tunnel Task Force, a special unit made up of agents from the Drug Enforcement Administration and other agencies.

Among the drugs stashed in the tunnel were nearly 600 kilograms of cocaine, 1,360 kilograms of marijuana, plus smaller amounts of methamphetamine, heroin and fentanyl. The tunnel’s entrance was near a newly constructed segment of the border wall that President Donald Trump visited back in September that has become a hallmark of his hardline policy of keeping undocumented immigrants from entering the United States.

Critics say the border wall will have no effect on the elaborately built tunnels commonly used by smugglers to sneak drugs into the U.S.

No arrests were made in connection with last month’s discovery.

A 1,300-meter long tunnel complete with an extensive rail cart system, electricity and ventilation was discovered in the same area back in January, which federal agents said was the longest underground tunnel ever found along the U.S.-Mexican border.