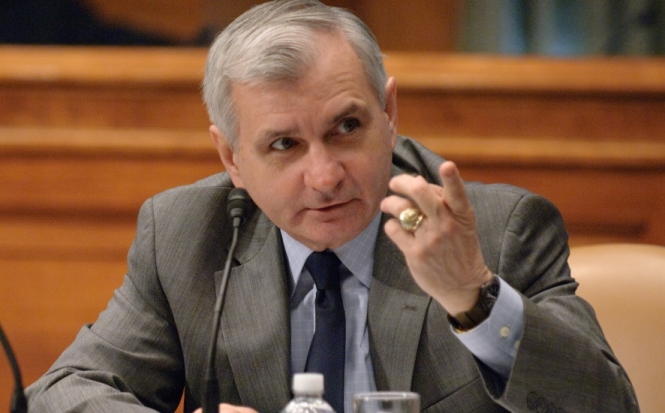 to incentivize businesses to keep workers on payroll during the crisis, & much more

***Reed, a member of the Appropriations Committee, who was driving force behind State Stabilization Fund & successfully included critical funds for Rhode Island, stresses this isn’t a windfall, it’s about saving lives and sustaining workers, jobless, businesses, and communities through a historic pandemic***

Senator Reed was part of a twenty-member bipartisan working group that convened last Friday and continued discussions throughout the process.  He was instrumental in crafting several pieces of the sweeping $2 trillion bipartisan agreement, including fiscal help for states and small business, expanded unemployment insurance, and other critical measures.

“The gravity of this situation is undeniable, but so is the grit and resolve of the American people.  Unemployment is soaring, people are dying, and we are in the midst of a mushrooming crisis that requires an immediate and massive federal response.  This sweeping agreement represents a historic step, and I worked hard to provide additional help for Rhode Islanders who are feeling the pain of this pandemic.  We are surging resources to hospitals and health centers and doing everything we can to sustain local business that are the backbone of our economy and communities,” said Senator Reed.  “This bill is the result of tough, urgent compromise that will help strengthen the health and financial security of millions of Americans, communities, and Main Street businesses.  It expedites aid to hospitals and health centers, puts steady income in the pockets of out-of-work employees to help them pay for essentials, and puts states on sounder fiscal footing.  In uncertain times, it offers some much needed stability to people who lost their jobs and to Main Street businesses who did the right thing and shuttered their doors to help fight the pandemic.”

Senator Reed worked directly with several of his colleagues, including Senate Minority Leader Chuck Schumer (D-NY) and Treasury Secretary Steven Mnuchin, and kept pushing for a bipartisan solution even after the process was delayed when Senate Majority Leader Mitch McConnell (R-KY) tried and failed to take things in a more partisan direction.

Senator Reed continued: “The size and scope of this emergency funding is unprecedented, but so is the severity of this pandemic and the economic trauma that families, businesses, and communities are facing.  We’re making needed investments in people and our health infrastructure, and strengthening state and local capacity to effectively respond.  Passing this bill is a big step, but it must be followed with a sustained commitment to coordination, transparency, accountability, and oversight to ensure this money gets where it needs to go and helps people the way it is supposed to.”

It directs financial assistance to Americans in need in the form of expanded jobless benefits and direct rebate checks of $1,200 that would apply equally to workers with incomes up to $75,000 per year before phasing out and ending altogether for individuals earning $99,000 or above.  Families may also receive an additional $500 per child.  Senator Reed says the Trump Administration should be able to get the checks out by early April, and income levels will be based on income reported in 2018 taxes.

The bill directs billions to help small businesses nationwide with their cash-flow, including $10 billion added by Senate Democrats for Small Business Administration (SBA) emergency grants of up to $10,000 to provide immediate relief for small business operating costs.  It offers an economic lifeline and loan forgiveness to small businesses that retain their employees during the coronavirus crisis.

Senator Reed took a lead role in creating a state stabilization fund – with a mandatory set aside for small states like Rhode Island — to ensure states, tribes, and local governments have an additional source of federal funds  for the unexpected expenditures that are necessary to care for their citizens and combat this pandemic.

The bill includes a $500-billion fund managed by the U.S. Treasury to aid struggling businesses through loans and loan guarantees, but includes stricter oversight and restrictions, stronger worker protections, and an inspector general to help oversee the fund.

While the principle agreement has been reached, the actual legislative text is still being drafted and is expected to be completed and enacted within days.  The U.S. Senate could vote later today and the U.S. House of Representatives must also approve the measure before it can be signed into law by the president.

This coronavirus emergency rescue package is historically large — equivalent to about nine percent of the nation’s gross domestic product – and marks the third legislative action taken by Congress this month to address the pandemic, building off an $8 billion appropriation to help address the spread of the virus and a $100 billion-plus package that includes funds for free testing and expanded paid sick leave.