More US Immigration Courts Closing Due to Coronavirus 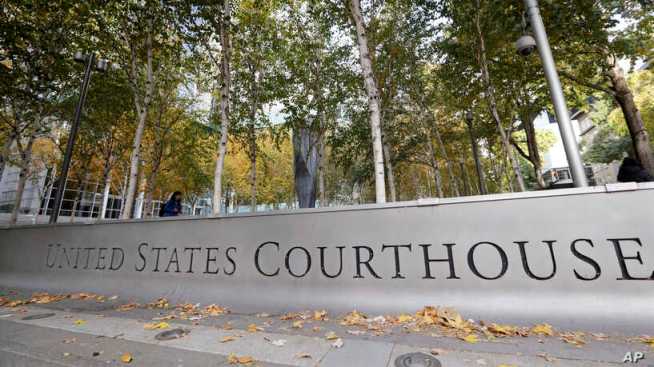 WASHINGTON – U.S. immigration courts are either closed or drastically curtailing operations, in the latest of a series of moves by the Trump administration affecting immigrants to the United States during the COVID-19 crisis.

After repeated requests from the immigration judge’s union, the Justice Department on Wednesday ordered 10 immigration courts shuttered until April 10, bringing the shutdown total to 11 of 69 courts nationwide.

All other immigration courts have been ordered to suspend activities, other than hearings for individuals currently detained. Hearings are postponed for those not in detention.

The moves will add to adjudication delays in a U.S. immigration court system that, even before the coronavirus outbreak, faced a 1 million case backlog.

A spokesperson for the Executive Office for Immigration Review (EOIR), which oversees immigration courts, told VOA, “Detained cases are proceeding as scheduled. EOIR continues to evaluate information from local, regional, state, and federal officials regarding the coronavirus pandemic.”

Earlier, the National Association of Immigration Judges, the American Federation of Government Employees Local 511, the Immigration and Customs Enforcement Professionals Union, and the American Immigration Lawyers Association held a press call reporting confirmed COVID-19 cases among people who attended immigration court in the past week.

Participants said immigration court staff was not informed after one judge fell sick with symptoms of the coronavirus.

VOA requests for information about COVID-19 cases in the immigration court system have gone answered.

In a series of tweets Wednesday, the union representing U.S. immigration judges said, “We must close all the courts” and that “Every day of delay will cost lives.”

An immigration court in Seattle, a city hard-hit by the coronavirus, was closed last week.

« Reporter’s Notebook: Voting in the US Under the COVID-19 Emergency
NY Governor Warns Misinformation, Fear More Dangerous than Virus »