US Naval Hospital Ship to Deploy to New York City 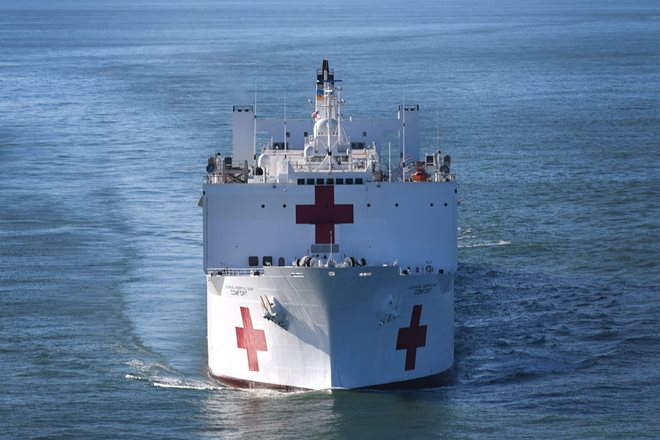 NEW YORK – The U.S. Navy will dispatch a 1,000-bed hospital ship to New York Harbor to assist the country’s largest city with its coronavirus response.

The state of New York has 2,382 confirmed cases of the virus, the most in the United States. It has increased its testing capacity to 15,000 per day and expects the numbers to continue to rise. About 23% of positive cases are hospitalized. The governor said 108 patients had recovered and had been discharged from hospitals.

Cuomo said he and President Donald Trump were “fighting the same war” and were in the same trench.

The governor said he had spoken with Trump, who will authorize the USNS Comfort to deploy to New York. In addition to 1,000 beds, it also is equipped with operating rooms.

Cuomo and New York City Mayor Bill de Blasio have been saying for days that New York’s hospital system could quickly become overwhelmed as the number of cases increases. They are seeking ways to create more beds and bring on more health care workers, including urging recently retired health care professionals to return to work.

At a news conference in Washington, the president confirmed he would be sending the hospital ship to New York, and he praised the governor for his efforts.

The tone of the exchange between the Republican U.S. president and the Democratic governor was a radical change from just two days ago, when they were criticizing each other on Twitter.

The governor also announced new measures for the state of 19.5 million residents.

Cuomo said he would sign an executive order mandating nonessential businesses to have no more than half of their workforce performing their duties outside their homes. This shift to telework is intended to get people off the streets and slow the spread of the coronavirus. Several businesses will be exempt, including grocery stores, pharmacies and shipping companies.

Other steps taken this week have included shifting all bars and restaurants to only carry out and delivery service and limiting all gatherings to fewer than 50 people.