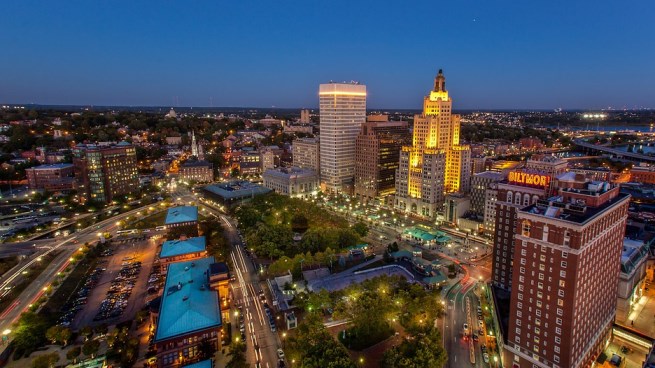 Providence Mayor Jorge Elorza is issuing his own declaration of emergency — and the impact of the order is far greater reaching than the State of Rhode Island’s.

“We are going up and beyond the state,” said Elorza on Thursday.

As part of the declaration he is revoking all event entertainment licenses — for night clubs, concerts, and live music.

All permits for special events are revoked for a time of at least two weeks.

Bars and restaurants can continue to stay open, but they are limited to 100 people regardless of their size or configuration.

“We have a unique opportunity to contain the virus,” said Elorza.

The city’s youth recreation basketball playoffs have been canceled.

“The health and safety of our residents, businesses and visitors is our absolute top priority and we need to contain this virus in any way that we can,” said Mayor Jorge Elorza. “We are asking all of our residents and visitors to work together to think about our neighbors and our community members who would be most affected if this virus were to spread and to take the proper precautions to protect all of us.”

According to the Elorza administration, “All city events for the next two weeks will be rescheduled, including the Annual St. Patrick’s Day and St. Joseph’s Day events at Providence City Hall. Additionally, the City is in the process of canceling all non-essential public meetings. Essential public meetings that are required to ensure basic operations of government will proceed under social distancing and public health guidelines.”

Trinity Rep announced, “Due to the state of emergency declared today in Providence by Mayor Jorge Elorza, all remaining performances of A Tale of Two Cities at Trinity Rep are canceled. The Mayor has revoked all entertainment licenses until further notice.”