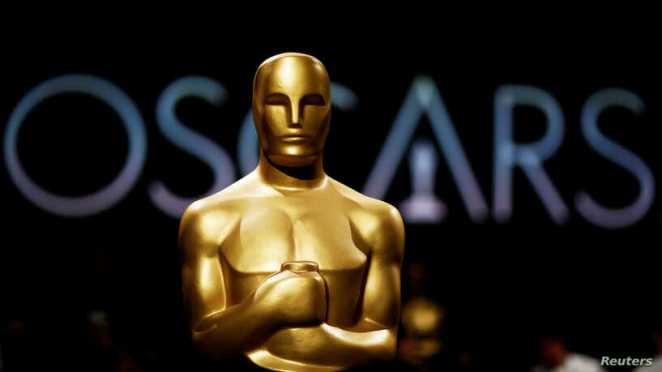 Minorities account for two of the 20 actors and actresses nominated for Oscars this year, and no women were nominated in the Best Director category. Upon announcing the Oscar nominations, actress Issa Rae underscored these facts by remarking, “Congratulations to those men.”

But why is there this lack of female and minority representation four years after the Academy announced it would strive for greater diversity?

Despite the academy’s unanimous 2016 vote “to double the number of women and diverse members of the Academy by 2020,” for a fourth consecutive year, change is being made but it has been slower than anticipated. According to the academy, 842 members were added in 2019, bringing the total membership of women to 32% and people of color to 16%.

In the past four years, no woman has received an Oscar nomination in the category of Best Director, while, this year, Cynthia Erivo was the only nonwhite actress to receive a nomination for Harriet in the acting categories. Other lead actresses and actors of color, such as Jennifer Lopez for Hustlers, Lupita Ny’ongo in Us, and Eddie Murphy in Dolemite is my Name, did not make the cut.

The reason behind this setback? “The percentages are still overwhelmingly white and male,” said Cynthia Fuchs, Associate Director of Film and Video studies at George Mason University near Washington.

She said the academy is making strides, but not fast enough. She pointed to Hollywood’s reluctance to take risks by investing in films about minorities and women out of fear such projects might not yield great profit. Fuchs pointed to box-office successes such as Black Panther and Get Out, however, both featuring extensive black casts, as well as this year’s Bong Joon Ho’s South Korean film Parasite, which received six Oscar nominations this year.

“Most people around the world think it is the Best Picture,” she said of Parasite.

Fuchs said Oscar nominees often are Hollywood insiders, who can afford extensive advertising campaigns. Their very names become a virtual endorsement of their work, such as Martin Scorsese, nominated for The Irishman, or Quentin Tarantino for his Hollywood nostalgia movie, Once Upon a Time in Hollywood.

Many of these insiders also gain momentum from buzz generated after they receive coveted awards before the Oscars, such as British Academy of Film and Television Arts, Screen Actors Guild, Golden Globe, and Critics Choice awards. As always, money also talks, putting films such as Todd Phillips’s billion-dollar box office hit Joker more on people’s radar than a small independent film, according to Fuchs.

While the academy is slowly warming up to minorities and women, it may be too little, too late. Younger generations are tuning out the Oscars, leading to lackluster ratings in recent years, according to Richard Craig, Associate Professor of Communication at George Mason University.

“I think the academies are going to shift. Maybe we’ll see more streaming in regards to categories or something of that nature,” he said.

Fuchs agreed. More and more streaming companies are producing and showcasing diverse, smaller films, from all over the world, allowing their subscribers, for a relatively small monthly fee, access to movies from around the world, she said. Higher viewership could lead to higher recognition and consequently more awards for some of these films.At his Golden Globes award speech for Parasite, Bong drove that point home, saying through a translator, “Once you overcome the 1-inch-tall barrier of subtitles, you will be introduced to so many more amazing films.”

All that is from the comfort of a couch, or from anywhere really, using mobile technology.

Fuchs noted that as more movies are being produced outside Hollywood, using different technologies for multi-media audiences, Hollywood’s role as the epicenter of the film industry could wane — and so could the Oscars, with younger generations wanting to see a more diverse and decentralized award system, embracing women’s roles and ethnic diversity in the film industry.