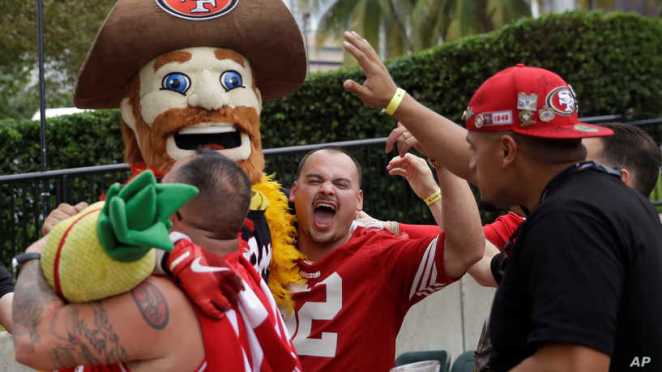 American football teams the San Francisco 49ers and the Kansas City Chiefs will face off in Miami Sunday in the National Football League’s championship game – the Super Bowl.

The Chiefs (12-4 in the regular season) are making their first trip to the Super Bowl since 1970 — 26 years before their star quarterback, Patrick Mahomes, was born.

The 49ers (13-3 in the regular season) are looking to score a record-tying sixth Super Bowl win Sunday. San Francisco has not won the championship since 1995.

The 49ers’ quarterback, Jimmy Garoppolo, is looking for his first Super Bowl win as a starter. He was part of two winning New England Patriots teams, playing as a backup to quarterback Tom Brady, before moving to San Francisco.

More than 100 million Americans are expected to tune in for Sunday’s game, which ends the NFL’s 100th season.