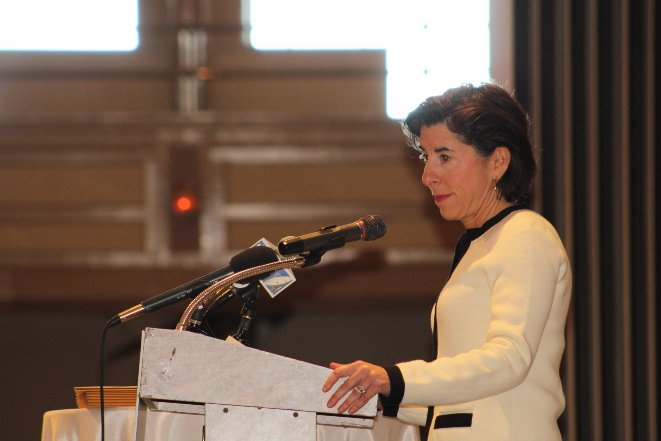 “Every citizen deserves to know that their criminal justice system is one truly rooted in equality and fairness,” said Governor Raimondo. “We made major progress in my first term with our Justice Reinvestment work, but significant challenges remain. These new reforms will help eliminate barriers to reentry and shift the focus of our juvenile justice system towards rehabilitation and opportunity.”

The criminal justice reforms included in the Governor’s proposed budget will:
Improve discharge planning to ensure that inmates are given support to find housing and employment as they prepare to leave correctional facilities;
Shift staffing to focus on improving access to health care for incarcerated individuals;
Update Rhode Island’s parole statute to include geriatric parole;
Incentivize work release programs by ensuring that workers receive more money;
Bring the successful Real Jobs Rhode Island training program behind prison walls; and
Increase funding for school-based mental and behavioral health programs.
In the meantime, her administration is taking action to:
Ensure more seamless transition to public benefits upon discharge from the ACI or Training School;
Increasing services to the Juvenile Hearing Board (JHB), a form of youth diversion from traditional prosecution; and
Improving youth employment opportunities by bringing the PrepareRI internship program to justice-involved youth.
In her first term, Governor Raimondo signed an executive order creating the Justice Reinvestment Working Group to identify ways the state could improve sentencing, probation and parole. In 2017, the Governor and General Assembly codified recommendations from the group that reduced costs by promoting rehabilitation and informed decision-making in sentencing, probation and parole.

Despite progress the state has made improving the front end of the system, Rhode Islanders leaving incarceration face structural barriers to successful re-entry, particularly around employment. Additionally, previous work has not examined ways the state can better support and rehabilitate justice involved youth.