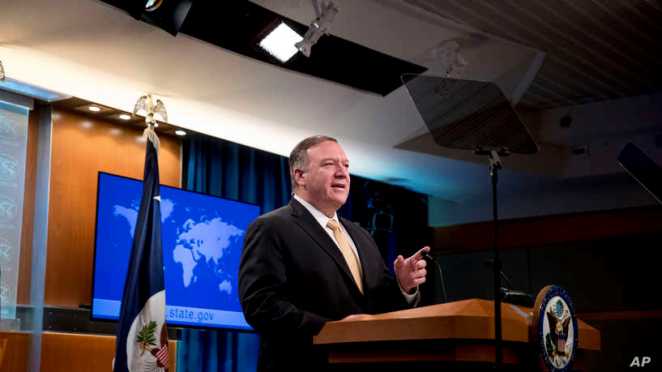 U.S. Secretary of State Mike Pompeo tweeted Tuesday that China’s decision not to broadcast a soccer game on Sunday will not distract from the human rights violations the government has allegedly committed against religious minorities.

Pompeo’s tweet was in response to Chinese state television’s decision to pull the scheduled live broadcast of a football (soccer) game following one of the players’ comments online criticizing the government’s treatment of its Muslim Uighur minority.

“China’s Communist Party propaganda outlets can censor @MesutOzil1088 and @Arsenal’s games all season long, but the truth will prevail,” Pompeo wrote. “The CCP can’t hide its gross #HumanRights violations perpetrated against Uighurs and other religious faiths from the world.”

China’s CCTV was scheduled to broadcast the football game between Arsenal and Manchester City, but instead decided to show a taped game between Tottenham Hotspur and the Wolverhampton Wanderers.

Arsenal footballer Mesut Ozil posted on Twitter Friday comments condemning China’s crackdown on Muslim minorities in the Western region, while also criticizing other Muslim countries for not speaking up against abuses.

“Korans are being burnt….Mosques are being shut down…Muslim schools are being banned…Religious scholars are being killed one by one…Brothers are forcefully being sent to camps,” Ozil wrote in Turkish on his Twitter account Friday.

The United States, the United Nations and various human rights groups have accused China of detaining an estimated 1 million ethnic Muslims in so-called “reeducation camps” in the remote western province of Xinjiang in an attempt to force them to renounce their religion and heritage.

China’s state-run Global Times said on its Twitter account Sunday that CCTV made the decision to pull the game after Ozil’s comments had “disappointed fans and football governing authorities.”

Arsenal posted on Weibo, China’s Twitter-like platform, that the content Ozil shared was “entirely Ozil’s personal opinion.” The team has not posted a response on Twitter or released an official statement.