11 US Deaths Blamed on Winter Storm 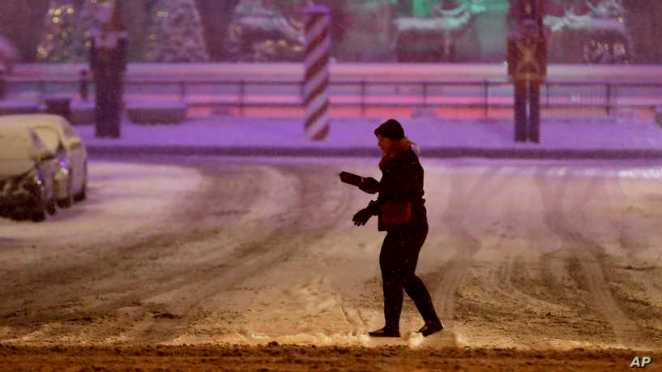 Local governments across the U.S. Midwest and Northeast urged drivers to stay off the roads as a second major storm brought snow, ice and a wintry mix to areas from Kansas to New Hampshire.

The death toll rose to 11 from weather-related crashes, including two killed Monday in Indiana. Fatalities were also reported in Missouri, Nebraska and Kansas.

Milder warnings were posted for areas just west of Washington, Baltimore and Philadelphia and west of New York City and Boston, where a wintry mix is supposed to turn to rain.

The heaviest snow in the Northeast will stretch from northern Pennsylvania into New England, where 5-10 centimeters is forecast.