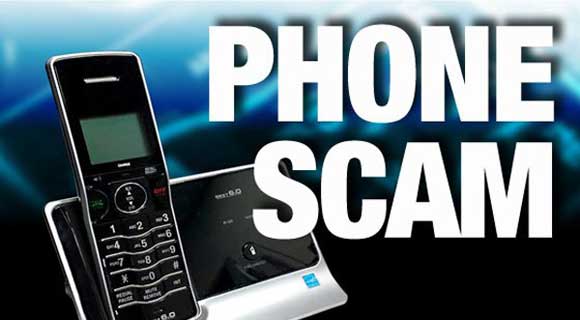 Colonel James M. Manni, Superintendent of the Rhode Island State Police and Director of the Rhode Island Department of Public Safety, along with Chief Sheriff David M. DeCesare warn people to be aware of a telephone scam demanding payment for fictitious fines.

Multiple people have reported receiving phone calls from an individual claiming to be employed with the RI Sheriffs. The caller provides the victim with a bogus name and rank and advises the victim that they have either missed a court date or failed to answer a subpoena as an expert witness and that warrants have been issued for their arrest for failure to appear.

In some instances, a bogus court docket number is provided. The caller then informs the victim that the matter can be handled without arrest if the victim agrees to pay a fine instead, which sometimes exceeds the amount of $5,000.

The caller then instructs the victim to withdraw the money for the fine from their bank account and place the money on “Reload It” gift cards. The caller provides an address in Washington D.C. to mail the cards to but first directs the victim to provide both the card numbers and security code numbers over the phone before placing them in the mail.

Colonel Manni and Chief DeCesare both stress that the Division of Sheriffs does call people to ask them to arrange for service of summonses or writs. However, sheriffs do not call to impose nor arrange or receive payment of fines or any other fees. Sheriff DeCesare said people should not respond to any call from individuals claiming to be deputy sheriffs seeking money.

Anyone with questions about any call from his office can contact the Division of Sheriffs at 401-275-2900 to confirm whether it is legitimate.