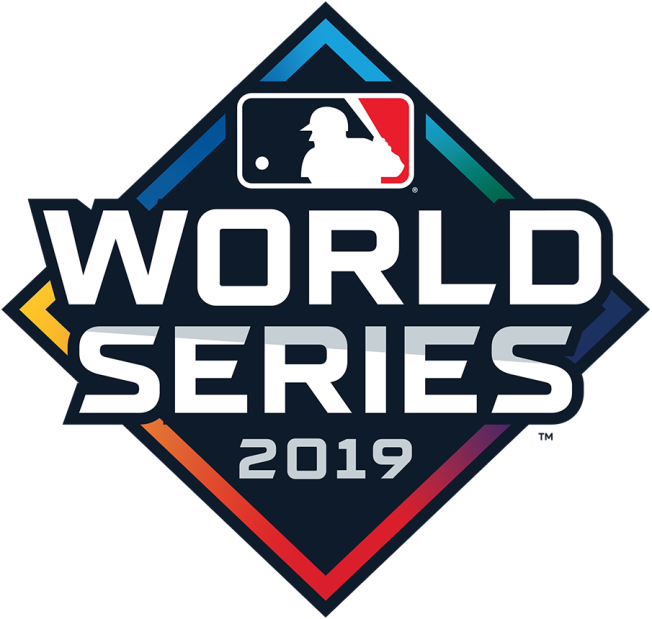 WASHINGTON — Alex Bregman held his bat aloft, like a wand commanding and demanding some sort of order be restored to this World Series. He had just reached down and connected with Nationals reliever Fernando Rodney’s sinker in the low and inside corner, sending the ball hurtling into the left-field seats and straight through the heart of the history that had once dogged his Astros on their flight to D.C.

The 2019 World Series is knotted at 2-2 now, with Bregman’s seventh-inning grand slam the signature blow but far from the only one the Astros delivered in an 8-1 Game 4 victory Saturday night at Nationals Park.

“This is what it’s all about,” Bregman said. “It’s a beautiful thing. Two teams battling it out — we’ve got great pitching, great offenses. It’s been fun so far, just want to keep it rolling.”

While the Series’ end result is as up in the air as that ball obliterated by Bregman once was, there can be no denying that Houston is undeterred by what going down 2-0 at home meant mathematically.

Nor can there be any speculating about what’s to come as Max Scherzer and Gerrit Cole oppose each other again in Game 5 on Sunday night.

After all, a Series featuring Cole, Scherzer, Justin Verlander and Stephen Strasburg has now received its best outing yet (five scoreless innings, two hits, no walks, four strikeouts) from Jose Urquidy, of all people. And it’s a Series in which the rarely explored concept of “road-field advantage” has ruled the day. Every day.

This is just the fifth World Series in which the road team won (at least) each of the first four games, joining 1906, ’23, ’86 and ’96. Actually, the last time a home team won a World Series game, it took 18 innings (the Dodgers’ Game 3 all-nighter vs. the Red Sox at Dodger Stadium last year).

To continue that effort, the Astros relied on early success against Patrick Corbin (two runs on four singles in the first) and the battery of Urquidy and Robinson Chirinos oddly morphing into Whitey Ford and Yogi Berra. Staked to that quick 2-0 lead, Urquidy baffled the Nationals with his plus changeup, and Chirinos, who had already struck the “fair” pole for a Game 3 dinger, bruised another baseball with his key two-run shot that put Houston up 4-0 in the fourth.

“How about Robbie’s game?” Astros manager AJ Hinch said. “His game, on both sides of the ball. Anytime there’s a good pitching outing, you’ve got to credit the catcher for getting [the pitcher] through a few situations and just calming him down from the very beginning.”

The Nats had seemingly had the pitching edge coming into Game 4, because, even though Corbin was a sub-optimal matchup for an Astros team that fared well against lefties and sliders this season, he was still, you know, an actual starter.

Despite Urquidy’s success with an unexpected rotation opportunity in the regular season, the Astros actively avoided him in the American League Division Series against the Rays, opting (unsuccessfully) to try Verlander on short rest when that series was pushed to a Game 4. And they went with Brad Peacock as the opener of a bullpen game for Game 6 of the AL Championship Series against the Yankees, only to have Urquidy emerge as something of a savior that night with 2 2/3 effective relief innings in the pennant-clincher.

So it wasn’t clear how much length Urquidy could give the ‘Stros.

What they got was more outs than the great Zack Greinke had delivered in Game 3. And Urquidy became the second Mexican starter to earn a win in a World Series game, joining Fernando Valenzuela in 1981.

“A couple of moments I was thinking, ‘Oh, my God, I’m in the World Series pitching,’” Urquidy said. “It’s awesome.”

Washington, meanwhile, got very little from its offense for the second straight night. When the Nationals had the bases loaded in the sixth, Astros reliever Will Harris compelled Juan Soto to ground out to first and struck out Howie Kendrick, limiting the home club’s potentially big inning to a single run, to make it 4-1.

The following inning, Tanner Rainey walked a pair and was relieved by Rodney with one out. Michael Brantley ripped his third single of the night to load ‘em up, and Bregman, who had been struggling much of October, tattooed the two-seamer to break open the ballgame

“[Rodney] made a really good pitch to a really good hitter [Brantley], who hit the ball at the end of the bat, got a base hit,” Martinez said. “The next pitch [to Bregman] wasn’t his best pitch. He tried to go in, didn’t quite get it in.”

The Nationals threatened again late, putting a pair aboard in both the seventh and eighth. But the seventh-inning threat ended when Peacock induced a grounder off the bat of Trea Turner, and Yuli Gurriel fielded it and beat the speeding Turner to the bag with a dive. And the would-be rally in the eighth was squashed when Peacock struck out Kendrick and Ryan Zimmerman flew out harmlessly.

Home rallies just haven’t happened here. The phrase “road to a title” is apparently meant to be taken literally, in a Series that was fit to be tied.

Anthony Castrovince has been a reporter for MLB.com since 2004. Read his columns and follow him on Twitter at @Castrovince.

« Broadcast Information: Patriots at Jets
G6: Either a clinch, or we’re going 7 »