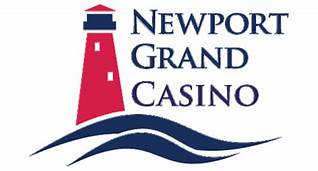 The ACLU of RI today announced the settlement of an age and sex discrimination lawsuit filed last year against the now-closed Newport Grand Casino on behalf of a female employee who claimed that she had been paid less than a younger male employee performing the same duties in the same position. The suit was on behalf of Paula Borrelli, who had worked at Newport Grand since 2007 until the casino closed in 2018.

Under the settlement agreement, the company, without admitting liability, has agreed to pay Borrelli a confidential amount for her damages.

The lawsuit, filed in July 2018 in U.S. District Court by ACLU of RI cooperating attorney Lynette Labinger, argued that the Casino’s actions violated various federal and state laws banning workplace discrimination on the basis of sex and age, including a state law barring “wage discrimination based on sex.”

ACLU of RI executive director Steven Brown said today: “I commend the defendant for agreeing to resolve the case without the need for a drawn-out trial.” Noting the passage this year by the Senate, but not the House, of legislation to strengthen the state’s law against sex-based wage discrimination, Brown added: “A case like Ms. Borrelli’s highlights the urgent need for passage of this legislation next year. Enactment of a stronger law is essential to provide employees all the tools necessary to fight sex discrimination in the workplace.”