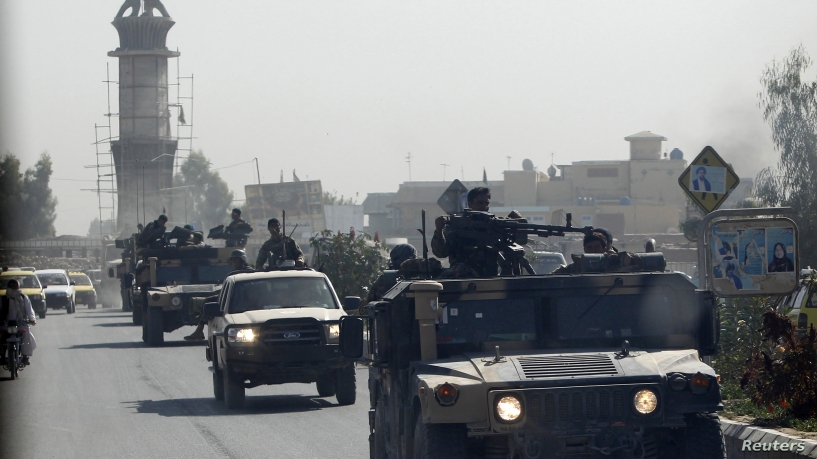 A U.S. military spokesman in Afghanistan, Army Col. Sonny Leggett, said a member of the Afghan Civil Order Police fired on a military convoy, and that the service members sustained “non-life-threatening injuries.”

“The attacker was killed by return fire from Resolute Support forces,” he added.

Another official confirmed to VOA the three wounded in the attack were all Americans.

The attack is under investigation.

The Taliban claimed responsibility for the green-on-blue attack and wrongly stated that U.S. service members were killed.

To date, the U.S. has lost 17 service members in Afghanistan this year.

Meanwhile, U.S. forces are investigating allegations that a U.S. strike late Sunday may have killed civilians in Helmand province.

U.S. and Afghan security forces were conducting an operation against al-Qaida terrorists in the town of Musa Qala in Helmand when heavy gunfire broke out, a U.S. military spokesman for international forces in Afghanistan told VOA.

The team utilized targeted precision strikes against terrorists, including foreign fighters from Pakistan and Bangladesh, who were firing on U.S. and Afghan forces, said U.S. Cpt. Benjamin Burbank.

“We assess the majority of those killed in the fighting died from al-Qaida weapons or in the explosion of the terrorists’ explosives caches or suicide vests,” he added.

This incident is also under investigation.