Why American Labor Day is in September 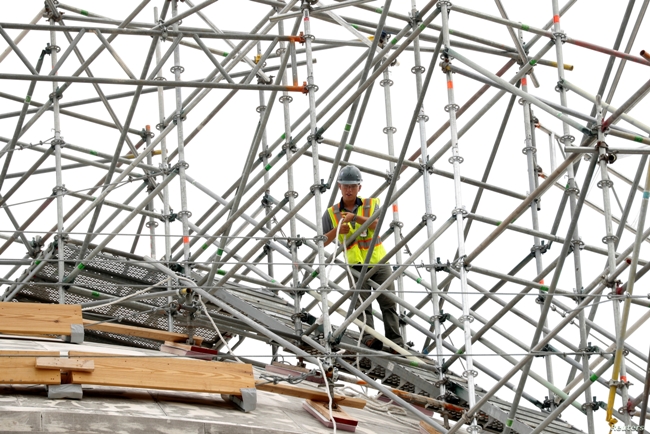 Why do Americans celebrate Labor Day?

Labor Day is a national holiday, created to honor U.S. workers and their contribution to the economy. Many Americans use the day to celebrate the end of summer and would be surprised to know the day has its roots in the labor movement of the late 1800s.

How did the holiday begin?

During the 1800s, the Industrial Revolution was at its peak, and many Americans worked 12-hour days, seven days a week in harsh conditions for low pay. Even young children worked in factories. Virtually no employers provided their workers with sick days, paid vacation days or health benefits.

As workers became more organized into labor unions they began protesting poor and unsafe working conditions and lobbying for more benefits from employers. The move to recognize workers with a holiday began in state governments, which, one by one, passed legislation to honor the common worker. The U.S. Congress created the federal holiday on June 28, 1894, designating the first Monday in September as Labor Day.

What is the difference between Labor Day and May Day?

Both Labor Day and International Workers’ Day, or May Day, honor the common worker. May Day, which is celebrated in most industrialized countries in the world, got its start because of events in the United States.

In May 1886, a worker demonstration was held in Chicago’s Haymarket Square to push for an eight-hour workday. A bomb went off at the protest killing seven police officers and four civilians. The episode made headlines internationally and the day became an annual occasion for worker protests around the world.

Why don’t Americans celebrate May Day?

Following the Haymarket affair, a strong anti-union movement arose in the United States. Over the years, May Day became more associated with the political far left, while Labor Day, held in September, was recognized by a growing number of municipalities and states. When the United States began to seriously consider creating a national holiday for workers, U.S. President Grover Cleveland did not want to choose the May date because of its association with the Haymaker bombing, so instead picked the alternative day in September.

What do Americans do on Labor Day?

The Labor Day holiday signifies the end of the summer and many Americans use the three-day weekend to try to get in one last summer vacation with trips to parks and beaches, or to spend time at backyard cookouts with family and friends. The weekend also is a big shoppers’ weekend with sales on home items, mattresses, clothes and school supplies.

Do all Americans get the holiday off?

Federal workers in the United States get the day off work, as do most corporate jobs. Many workers, however, especially those in retail, transportation and the restaurant industry still have to go to work, with some working longer hours than on a normal business day.

The labor movement, which began in the 1800s, led to significant changes in the conditions in which Americans work, as well as worker benefits that are commonplace today, including the eight-hour work day, five-day work weeks, health care insurance and paid vacation days.

In recent years, U.S. labor unions have seen their membership decline as the globalization of the world economy has led to a shift in the types of jobs common in the United States. Now, many union members work for local, state and federal governments in white-collar jobs, rather than in the blue-collar jobs that were common 100 years ago.