Shooting Attacks Renew Debate Over Domestic Terrorism in US 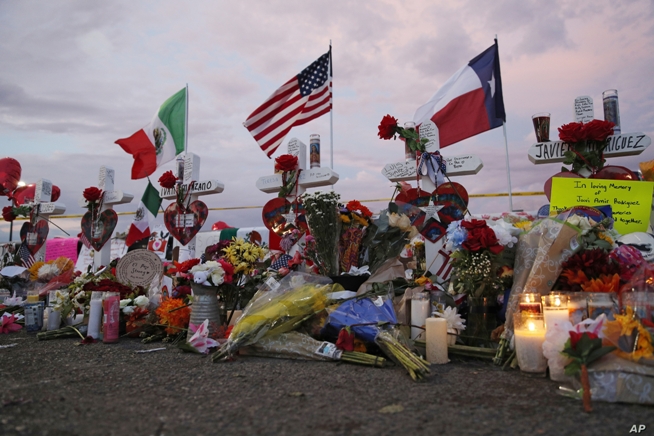 WASHINGTON — One of the two recent mass shootings in El Paso, Texas, and Dayton, Ohio, is being treated as a case of domestic terrorism by U.S. federal authorities.

The El Paso attack, which has left 22 people dead, has renewed debate over how to combat domestic terrorism in the United States.

The FBI has expressed concerns that such attacks could inspire more homegrown extremists to carry out further violent attacks in the future.

“The FBI remains concerned that U.S.-based domestic violent extremists could become inspired by this weekend’s attacks and previous high-profile attacks to engage in similar acts of violence,” the FBI said in a statement on Sunday.

Domestic terrorism on the rise

Domestic terrorism “has become increasingly more of a threat with the resurgence of white supremacists groups, as well as some acts from left-wing extremists, though these account for much fewer incidents,” said Randall Rogan, a terrorism expert at Wake Forest University in North Carolina.

“Right-wing terrorism has been around in the United States for a long time, but what’s a little bit different in the last couple of years is that we have seen more mass casualty attacks like we saw in El Paso and Pittsburgh (synagogue shooting in 2018),” he told VOA.

According to New America, since the 9/11 terror attacks, terrorists motivated by far-right ideology, including white supremacy, antigovernment and anti-abortion views, have killed 109 people in the U.S. During the same period, 104 people have been killed in the U.S. by homegrown terrorists linked to foreign terror groups, according to the same study.

The El Paso shooter, in fact, referenced in his four-page online manifesto the terror attack in New Zealand in March that killed dozens of Muslim worshippers.

“These connections between acts of similar like-minded folks are going to further exacerbate this problem and kind of add fuel to the fire,” McCabe added.

To tackle domestic terrorism more effectively, experts say the U.S. needs to expand on the work being done by law enforcement agencies to combat right-wing terrorism.

There should be “increased cooperation and collaboration among all law enforcement and Department of Homeland Security and other agencies,” Rogan said.

Federal law enforcement officials say they have stepped up their communication level with state and local partners in the wake of this weekend’s attacks.

“FBI headquarters is in constant communication with FBI field offices to ensure the threat from domestic terrorism and hate crimes is continually being assessed, and the FBI will continue to share pertinent information with law enforcement partners going forward,” an FBI spokesperson said on Monday.

The Patriot Act, passed in 2001 after the 9/11 terrorist attacks, defines domestic terrorism as activities on U.S. soil that “involve acts dangerous to human life” and “appear to be intended to intimidate or coerce a civilian population; to influence the policy of a government by intimidation or coercion; or to affect the conduct of a government by mass destruction, assassination or kidnapping.”

The Patriot Act primarily grants the Justice Department the authority to investigate an individual or a group affiliated with a group that the State Department has listed as a foreign terrorist organization.

According to federal law, in order to be charged with terrorism, a person must be suspected of acting on behalf of one of those listed groups.

“If a far-right organization in Europe was designated as a terrorist group by the State Department, and somebody in this country was in touch with them in some shape or form, then that would allow a prosecution under some kind of terrorism,” Bergen told VOA.

“The challenge is not the laws, but rather the intervention and strategies needed to combat the threat,”  Rogan said.

Bergen added that IS is a federally designated terrorist organization by the State Department.