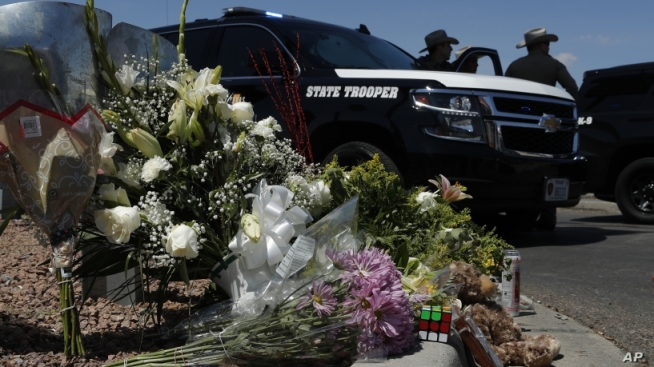 WASHINGTON – A pair of mass shootings in Texas and Ohio over the Saturday and Sunday have dragged two of the most divisive issues in American politics — the rise of violent white supremacism and gun control — to the forefront of public conversation as politicians across the ideological spectrum are preparing for what is expected to be an extremely contentious 2020 election campaign.

The two shootings, which left 29 people dead and at least 53 more wounded, combine to create a clear political crisis for the Trump administration and its allies in Congress.

The first shooting, in El Paso, Texas, occurred early Saturday and was carried out by a 21-year-old white man who is believed to have published an explicitly racist manifesto that echoed U.S. President Donald Trump’s frequent charge that Hispanic immigrants from Mexico and Central America constitute an “invasion” of the United States. After he surrendered, he told police that he had set out to kill as many “Mexicans” as he could. He murdered 20 people and wounded another 27.

The second, in Dayton, Ohio, was committed after 1 a.m. Sunday by a 24-year-old white man toting a legally-purchased military-style semi-automatic rifle equipped with two 100-round drum magazines that helped him kill or injure three dozen people in less than 30 seconds. President Trump and Republican lawmakers have been adamantly resistant to the kind of regulations promoted by Democrats that would make it impossible for a private citizen to amass such firepower.

The murders in the Texas border city of El Paso come at a time when violence related to white supremacist ideologies is demonstrably on the rise. In July, Federal Bureau of Investigation Director Christopher Wray told Congress that the “majority of the domestic terrorism cases we’ve investigated are motivated by some version of what you might call white supremacist violence.”

In 2018, domestic terrorists killed at least 50 people in the U.S., according to the Anti-Defamation League Center on Extremism, which tracks such murders.  Every one of the killers had an identifiable connection to a right-wing political movement, the center said.

In what is believed to be his manifesto, the El Paso killer made it clear that his antipathy toward Hispanics pre-dated Trump’s rise to power in the 2016 election, but the similarity of some of his language to the president’s rhetoric in his campaign rallies was unmistakable.

Like Trump, the killer described immigrants as “invaders.” At recent political events, Trump has called for minority members of Congress to “go back” to the places they came from. In his manifesto, the killer said that “patriotic Americans” should give immigrants the “right incentive” to return to their home countries.

Most notably, perhaps, is that while railing against illegal immigrants during a re-election rally in May, the president asked the crowd “How do you stop these people?” When one supporter shouted “Shoot them!” Trump laughed as the crowd roared its approval.

On Sunday, acting White House chief of staff Mick Mulvaney made multiple TV appearances to defend the president from a chorus of accusations — most notably from Democratic presidential candidates — that Trump’s rhetoric fans the flames of violent white supremacism.

“This was a sick person. The person in Dayton was a sick person,” Mulvaney said in an appearance on ABC News. “No politician is to blame for that. The person who was responsible here are the people who pulled the trigger. We need to figure out how to kind of create less of those kinds of people as a society and not trying to figure out who gets blamed going into the next election.”

Mulvaney was then pressed on Trump’s seeming reluctance to identify white supremacism as a significant concern. After a gunman spouting white supremacist rhetoric murdered dozens of Muslims in New Zealand earlier this year, Trump was asked if he views the ideology as a global threat.  He responded:  “I don’t really. I think it’s a small group of people that have very, very serious problems.”

“I don’t think it’s at all fair to sit here and say that he doesn’t think that white nationalism is bad for the nation,” Mulvaney said. “These are sick people. You cannot be a white supremacist and be normal in the head.”

But Democrats, particularly presidential candidates, were having none of it.

Speaking on Meet the Press on Sunday morning, New Jersey Sen. Corey Booker described Trump as “particularly responsible” for the uptick in violence by white supremacists. “In my faith, you have this idea that you reap what you sow, and he is sowing seeds of hatred in this country, this harvest of hate violence that we are seeing right now lies at his feet,” Booker said.

“There is a complicity in the president’s hatred that undermines the goodness and decency of Americans,” Booker added.

Julián Castro, the former mayor of San Antonio and the Secretary of Housing and Urban Development in the Obama administration, said on Sunday that Trump was not directly responsible for the shooting in El Paso. However, he said that the president’s rhetoric toward immigrants had contributed to a surge in white nationalism in the U.S.

Beto O’Rourke, the former Texas congressman who calls El Paso home, may have been the most forceful in tying Trump to the killings there. Appearing on CNN, he responded in the affirmative when asked if he believes the president is a white supremacist. “The things that he has said both as a candidate and then as the president of the United States? This cannot be open for debate,” he said.

“We have a problem with white nationalist terrorism in the United States of America today,” O’Rourke added. “These are white men motivated by the kind of fear that this president traffics in.”

“Hate has no place in this country”

For his part, Trump himself made little in the way of public statements Sunday. Returning to the White House from one of his golf resorts in the afternoon, the president made brief comments to the media. “Hate has no place in our country and we’re going to take care of it,” he said.

As the day went on, and more information came to light about the killings in Dayton, Democrats – already calling for Republicans to relent on passage of gun control measures in Congress — only got louder in their calls for limiting access to firearms.

Their complaints were directed, sometimes explicitly and sometimes indirectly, at Republican lawmakers who have actively resisted efforts to tighten access to firearms. Most recently, Senate Majority Leader Mitch McConnell has blocked votes on a popular bill to expand mandatory background checks on people looking to purchase firearms and a more controversial proposal that would ban the sorts of weapons used in the El Paso and Dayton attacks.

On Twitter, Massachusetts Sen. Elizabeth Warren urged Senate Majority Leader Mitch McConnell to “bring the Senate back from recess to vote on legislation to address the gun violence epidemic.”

South Bend, Indiana Mayor Pete Buttigieg tied the two events together, saying, “America is under attack from homegrown white nationalist terrorism…And we have to talk and act about two things in this country. First of all, we are the only country in the world with more guns than we have people. We can respect the Second Amendment and not allow it to be a death sentence for thousands of Americans, and two, white nationalism is evil.”