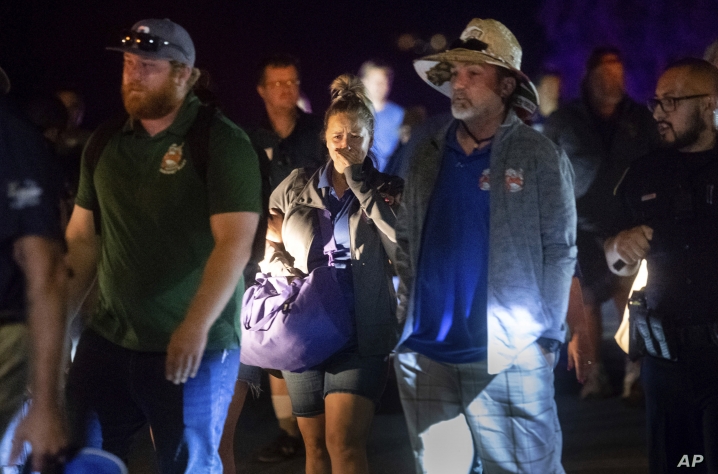 Among the victims is a 6-year-old boy, who was identified as Steven Romero by family members.

Authorities in the western U.S. state of California say a shooter killed at least three people Sunday afternoon at a garlic festival.

The attack happened in the city of Gilroy, where police say the shooter was armed with a rifle.  Another 15 people were injured, but it was not clear whether they were shot.

There were officers present at the festival, and Gilroy Police Chief Scot Smithee said they quickly engaged the suspect and shot him dead.

Smithee told reporters at a late night briefing that witnesses reported a potential second suspect, but that police did not know yet whether there was in fact a second person involved, and if so, how they were involved with the attack.

People attending the festival were required to go through a security screening with metal detectors and bag checks. Smithee said the suspected shooter appears to have entered the festival grounds by cutting through a fence.

Investigators were working through the night to figure out exactly what happened.  So far they do not have a motive for the shooting.

Smithee said the festival relies on thousands of volunteers each year and raises money for various organizations in the community.

“I think that the number of people that are willing to give their time for the betterment of other people is a wonderful thing.  It is just incredibly sad and disheartening that an event that does so much good for our community has to suffer from a tragedy like this,” he said.

« State Police Major Crimes Unit arrested an East Greenwich Police Officer for the cyberharassment of an ex-girlfriend during the month of June 2019.
White House Belittles Calls for Trump’s Impeachment »