Trump to Iran: ‘Better Be Careful’ 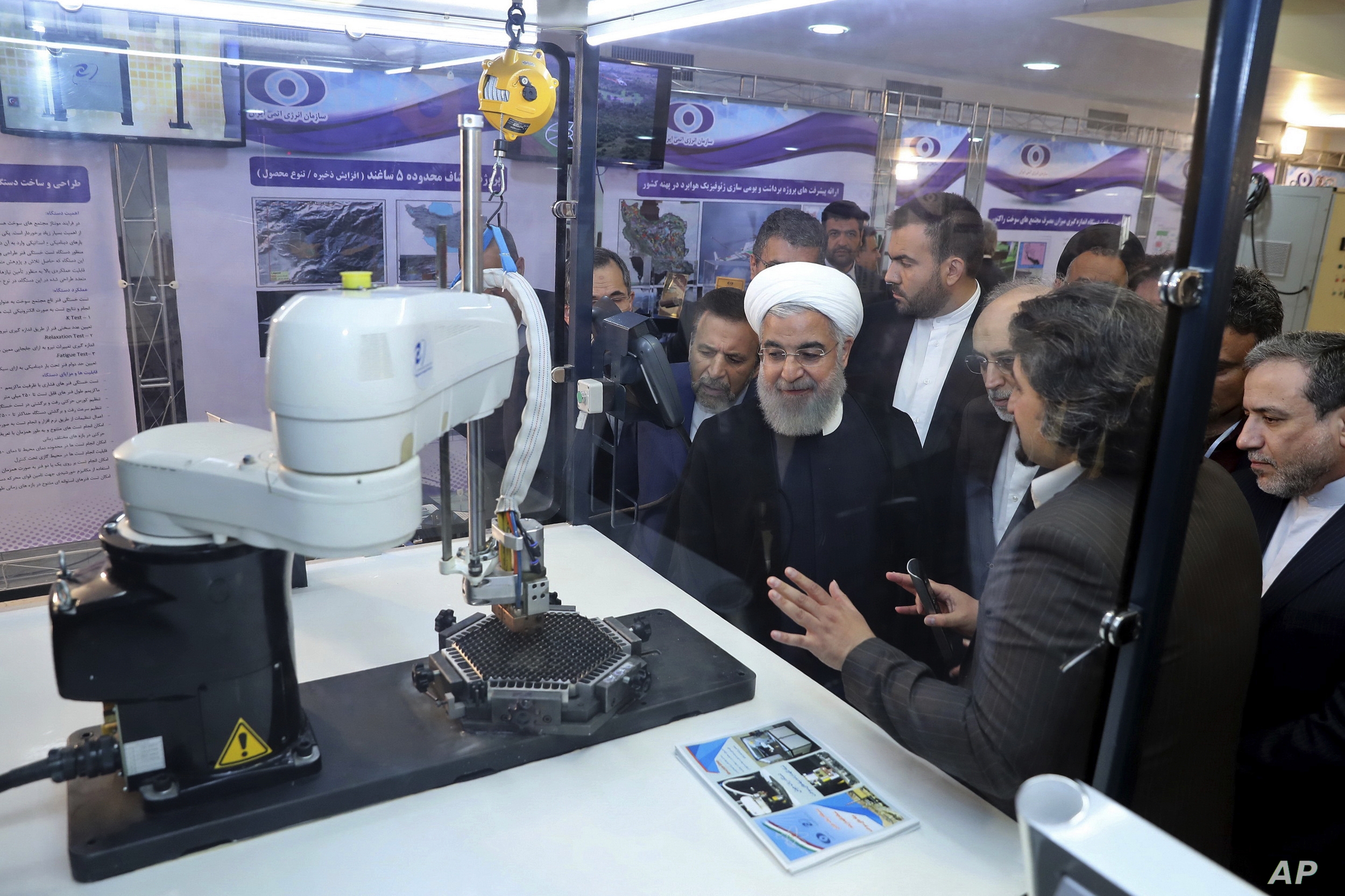 U.S. President Donald Trump is warning Iran in “better be careful” after Tehran said Sunday it was boosting uranium enrichment beyond the limits set in the 2015 nuclear deal.

He did not specify to reporters any specific reactions his administration was considering, but reiterated the position that “Iran will never have a nuclear weapon.”

Trump made his comment hours after Secretary of State Mike Pompeo tweeted that Iran’s decision will lead to “further isolation and sanctions.”

“Nations should restore the longstanding standard of no enrichment for Iran’s nuclear program. Iran’s regime with nuclear weapons would pose an even greater danger to the world,” Pompeo wrote.

Britain urged Iran to “immediately stop and reverse” all actions that are inconsistent with the agreement, under which it accepted restrictions on its nuclear program in exchange for relief from economic sanctions.

France said Iran’s move was a “violation” of the international pact.

Reports from Iran say officials may raise the enrichment to 5% — enough to produce fuel for nuclear power plants, but still far below the 90% needed for building a nuclear weapon. The current cap under the nuclear deal is 3.67%.

But Israeli Prime Minister Benjamin Netanyahu — a bitter foe of Iran said “The enrichment of uranium is made for one reason and one reason only – it’s for the creation of atomic bombs.”

Trump pulled the United States out of the nuclear deal last year and re-imposed sanctions on Iran, which have severely crippled the Iranian economy.

Iran has dropped out of part of the nuclear agreement and had threatened to increase uranium enrichment unless the remaining signatories to the 2015 deal — Britain, China, France, Germany, and Russia — provide sanctions relief and more economic help.

Iranian President Hassan Rouhani said last week Iran was prepared to enrich “any amount that we want” beyond the 3.67% level. He further pledged to resume construction of the Arak heavy water reactor, a project Iran agreed to shut down when it signed the 2015 deal.

Britain, France, Germany and the European Union said in a joint statement recently they had been “consistent and clear that our commitment to the nuclear deal depends on full compliance by Iran” and urged the Islamic Republic “to refrain from further measures that undermine” the accord.

Russia and China have also objected to Iran’s breaching the deal.

« US Women’s Soccer Team Revels in World Cup Victory
1 in 4 Americans Have No Plans to Retire, Poll Finds »