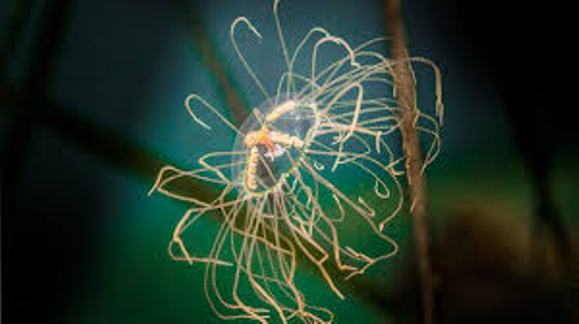 The Rhode Island Department of Health (RIDOH) is advising members of the public to take precautions when in Potter Pond in South Kingstown after five people were treated in the emergency department over the past three days for jellyfish stings.

Patients’ symptoms and their descriptions of the jellyfish suggest that they could have been stung by clinging jellyfish (Gonionemus vertens). This is a species that can have a very powerful sting.

People wading through the pond, especially near aquatic vegetation, should wear boots or waders, and protective clothing. Clinging jellyfish are not known to inhabit ocean beaches or other sandy areas. They tend to attach themselves to submerged aquatic vegetation and algae in back bays, coastal ponds, and estuaries. These are not areas where people regularly swim.

Last year, RIDOH and the Rhode Island Department of Environmental Management (DEM) received reports about clinging jellyfish in Point Judith Pond in South Kingstown and the Narrow River in Narragansett. They also have been found on Long Island and throughout New Jersey.

People react differently to stings from clinging jellyfish. Symptoms range from no discomfort to severe pain, redness at the sting site, and respiratory and/or neurological problems. Symptoms last roughly three to five days. If someone is stung by a clinging jellyfish, they should:

If symptoms do not go away or pain gets worse, contact a healthcare provider.