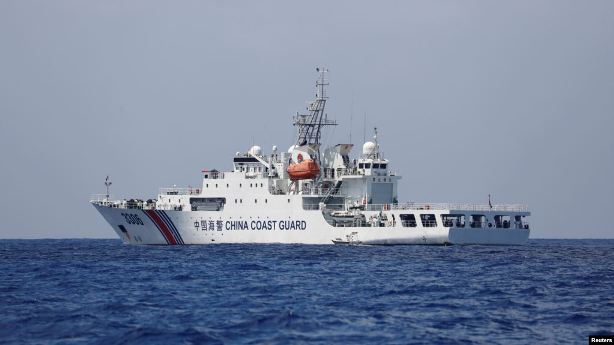 The United States military said one of its warships in the South China Sea sailed Monday near the disputed Scarborough Shoal claimed by China and the Philippines.

“USS Preble sailed within 12 nautical miles of Scarborough Reef in order to challenge excessive maritime claims and preserve access to the waterways as governed by international law,” a spokesman for the Seventh Fleet, Commander Clay Doss said.

It was the second U.S. military freedom of navigation exercise in the region in the last month.