Trump: US ‘Can Make a Deal’ with China 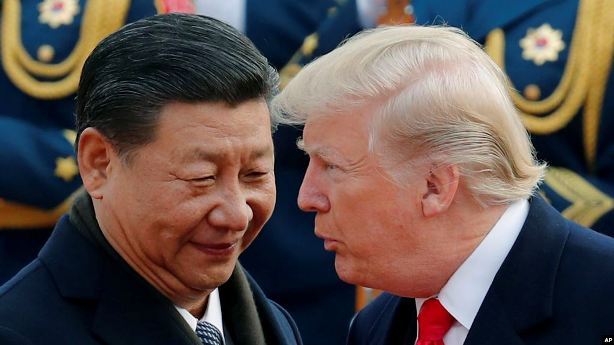 President Donald Trump said the United States “can make a deal with China tomorrow” to resolve the trade dispute between the world’s two largest economies, adding the accusation that China prevented the two sides from completing an agreement.

In a series of tweets Tuesday, Trump portrayed the United States as being “in a much better position now than any deal we could have made,” and restated his frequent refrain that under his administration other countries will not “take advantage” of the United States when it comes to trade.

The Chinese finance ministry said Monday its new 5% to 25% tax would be imposed June 1 and affect 5,140 U.S. products exported to China. Beijing said its response was targeting “U.S. unilateralism and trade protectionism.”

“China will never succumb to foreign pressure,” the foreign ministry said. “We are determined and capable of safeguarding our legitimate rights and interests. We still hope that the U.S. will meet us half way.”

The escalation of the tit-for-tat tariff increases had an immediate effect on the U.S. stock market, with the key Dow Jones Industrial Average plunging nearly 2.4% by the close of trading Monday in New York.

Trump has threatened to extend tariffs to an additional $300 billion in Chinese exports that have not been targeted yet, but told reporters Monday: “I have not made that decision yet.”

The U.S. Trade Representative’s Office said Monday that a public hearing would be held on July 17 about the possibility of further tariffs on China, which it said could affect 3,805 product categories. It said the new measures could impose an additional duty of up to 25%.

How we got here

The Chinese decision to retaliate with tariffs came after the two countries ended their latest trade talks Friday in Washington without reaching a deal.

Republican Sen. Roy Blunt told VOA, “If there’s a trade fight worth having, it’s a trade fight with China. They have not been fair traders.” But he said “there is no doubt” that diminished sales of farm products to China have hurt his home state of Missouri and other parts of the agrarian U.S. Midwest.

Democratic Sen. Chris Van Hollen of Maryland said, “There’s no doubt that we need to challenge China to change a lot of its trade practices and its domestic business practices. For example, they’ve been stealing U.S. secrets for a long time. They have these rules that force U.S. companies to transfer technology. So we’ve got to confront China on that.”

“The question is what’s the smartest, most effective way to do it,” Van Hollen said. “And while I support some of the president’s strategy, I think some of it’s misguided. Obviously, Americans and American consumers are paying more and more by the day. So, it’s important that we address the fundamental issues in China’s economy…. It’s not clear to me that the president’s policies are addressing that, but we’ll see. I see a tariff-only strategy; I don’t see a more comprehensive strategy towards China. I’m not saying that tariffs can’t be part of something, but they cannot be the only tool in your tool box.”

Analyst David Lampton, a fellow at the Stanford Asia Pacific Research Center in Palo Alto, California, said he sees the United States and China as competing to be more than just a dominant economic force.

“It includes a mounting arms race and includes diplomatic competition around the world, with China operating in Latin America and Venezuela and so forth, Middle East, in places where we’ve traditionally seen ourselves as dominant,” Lampton said. “And of course we’re operating on China’s periphery and we’re in Vietnam, trying to keep the Philippines in the U.S. column so to speak.”