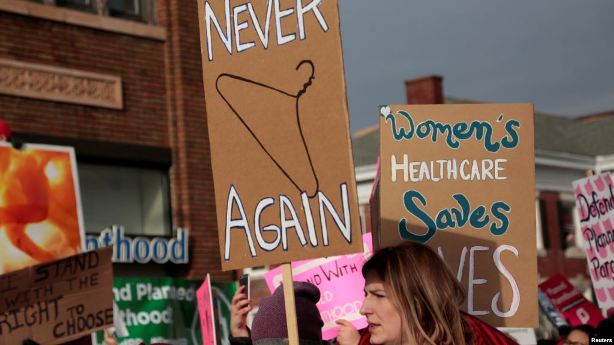 LANSING, MICH. — Michigan’s Republican-led Legislature planned to vote Tuesday to ban a common second-trimester abortion procedure, pushing ahead with legislation that would likely be vetoed by Democratic Gov. Gretchen Whitmer.

The bills would prohibit physicians from performing a “dismemberment abortion,” the non-medical term for dilation and evacuation used by anti-abortion advocates, except to save a woman’s life. The procedure, in which the fetus is removed with a surgical instrument such as forceps, was used in 1,777, or 6.7%, of abortions in the state in 2017. It accounted for half of all second-trimester abortions, including 78% done after the 16th week of pregnancy.

The pending votes were scheduled at a time Republicans across the U.S. are advancing tough anti-abortion bills they hope can pass muster with the Supreme Court.

With Whitmer expected to veto the measures if they are sent to her desk, Right to Life is preparing to launch a citizens’ initiative that could be enacted by lawmakers without her signature. The group has successfully used the maneuver four times before to put anti-abortion bills into law.

“This is a horrific, barbaric procedure. It literally rips arms and legs off of living babies. This is not OK. This is not OK for any civilized person,” said Genevieve Marnon, legislative director for Right to Life of Michigan.

“You’ve got a powerful backstop in a veto from my office,” she said last month at a Planned Parenthood conference.

Abortion-rights activists criticized the bills as they moved through House and Senate committees.

“We must call these bills what they are — nothing more than an orchestrated, national strategy by anti-abortion politicians to restrict abortion,” Amanda West, government relations director for Planned Parenthood Advocates of Michigan, told a House pane in April. The organization representing the state’s doctors, the Michigan State Medical Society, also opposes the legislation.

Dilation and evacuation, or D&E, has been barred by 12 states. Bans are in effect in Mississippi and West Virginia but are on hold in eight other states because of legal challenges. North Dakota’s law, signed last month , only becomes effective if a federal appeals court or the U.S. Supreme Court allows its enforcement. Indiana’s ban, which also was enacted in April, is set to take effect in July but is being challenged in court.