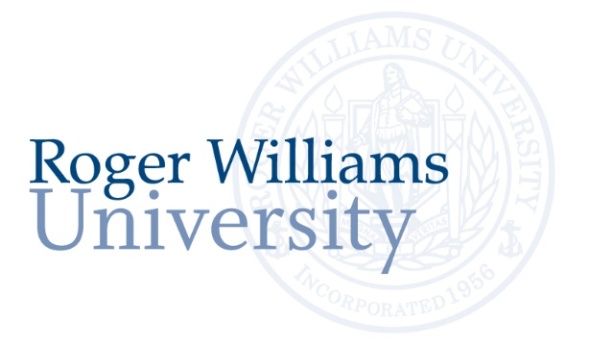 Analyzing key business and economic factors from 2008-2017, findings from the report have been released on the R.I. Secretary of State website

PROVIDENCE, R.I. – If you’re thinking about opening a business in Rhode Island and want to know how much competition is out there, or you’re simply interested in reading about trends in the state’s economic climate, Roger Williams University students have helped to bring that information to the public.

Through a collaboration between the Rhode Island Department of State and RWU Mario J. Gabelli School of Business, students have created one of the first data-driven reports on this scale providing a picture of the state’s economic climate for state government officials. The report, “Rhode Island Secretary of State Business & Economic Report, 10-Year Overview (2008-2017),” has been made accessible to the general public and presents an analysis of the state’s key business and economic factors.

With data on tens of thousands of business entities captured by the Department of State’s office, they wanted to transform that data into consumable information that enables state policy-makers a wider view when making policy decisions. That’s when they reached out to the experts at Gabelli School of Business.

“I wanted to turn our information about corporations from this passive directory into really valuable information that businesses could use and that regular Rhode Islanders could use,” said Rhode Island Secretary of State Nellie Gorbea. “And here comes RWU with their students and their faculty and gives us the opportunity to partner with them and actually produce something that had never been done before. I’m thrilled to be working with them and I’m looking forward to continuing this activity and to be able to build on it for the economic betterment of our state.”

“The State Department has been collecting data on all business entities in Rhode Island, and through this project we have been able to transform this data in a meaningful way into valuable information for impactful communication with other government agencies, policy makers, and the public,” Farhadi said.

During a nearly year-long effort last spring and fall, students created a report that translated raw datasets into an overview of Rhode Island’s economy. The report consolidated information on more than 70,000 active entities in 2017, categorizing them by industry sector, location within the state, and type of business entity. It also examined economic trends over 10 years, looking at a number of economic factors, including the state’s unemployment rate, median household income, and housing prices, and comparing Rhode Island to the national average as well as its ranking among New England states. Their data was drawn only from the Department of State’s office, and does not include labor statistics within businesses or revenue generated by businesses.

Based on information and analysis in the report, the R.I. Department of State created interactive data visualizations that enables business owners and community members to explore trends in Rhode Island’s business landscape, right down to what type of industries are located in each community. The data visualizations were published on Monday.

In the “R.I.’s Business Landscape” webpage, interactive tools display the entity types registered throughout the state, how long entities remain in operation, and the types of common business activity across the state. Interested in knowing how many chiropractors, painting companies or marinas are doing business in Barrington? Search the database on the “In your city/town” webpage, drawn from business data and census information.

According to the business students’ report, Rhode Island’s largest industry by total numbers in 2017 is real estate, followed by “other services” (see chart); construction; and professional, scientific and technical businesses. Not surprisingly, the majority of businesses are located in Providence, Warwick, and Cranston. But outliers like Westerly, Bristol, and Wakefield made the top 15 cities and towns with the most entities, each with a healthy, 1,000-plus businesses.

What they discovered about the state’s economic trends was good news.

“Most of the economic factors showed promising trends – the median household income is growing and unemployment decreasing,” Farhadi said.

Unemployment in Rhode Island rose to 11 percent following the recession, but dropped to 4.4 percent in 2017 and is closing the gap with the national unemployment rate of 4 percent, according to Farhadi. During the same time, the state’s median household income performed stronger than a decade ago, increasing by nearly $5,000 per household after adjusting to 2008 dollars.

According to their findings on business trends, the students observed a steady increase in total number of entities and in new business filings during 2008-2017, bouncing back from the 2007 recession, with an annual compound growth rate of 2.18 percent, rising from 66,352 to 82,319 total entities in 10 years. When you segment that further, Foreign Profit Corporations, Foreign Nonprofit Corporations, and Domestic LLCs experienced the largest growth, averaging 9.44, 4.88, and 4.84 percent annually, respectively.

The report goes much more into detail, providing the public never-before-accessed information on the recent business and economic trends in the state. A time-consuming and challenging effort, it enabled students to gain experience working with real data sets and applying analytical and problem-solving skills while offering the community the ability to become better informed about the state’s economic climate and how it affects their lives.

“We put the information out there for everyone to access easily,” said Megan Roach, a student in the Master of Business Administration program at RWU. “It took us so long to dig through the databases, find all the numbers and put all the information on charts, and then look at 10 years. It’s hard to look at trends when it’s just numbers in a database.

“And for the Secretary [Gorbea], this is the standing of Rhode Island in the U.S. – it’s important for her to know what’s going on in the state, and it’s important for people who want to start a business to know what’s going on with other entities in the state,” added Roach, noting that this exercise in generating a picture of the state’s business and economic trends merged together all of her classroom learning from data analytics to economics, marketing and management.

Through the collaboration with the Gabelli School of Business and Department of State, reports on business and economic trends will be generated more frequently and be made available to the public through http://sos.ri.gov.

“The undergraduate and graduate students who worked on this project were amazingly good,” Secretary Gorbea said. “It speaks to the kind of talent we’re growing in our state and how it’s contributing to the betterment of our government and of our economy.”