FBI Chief Breaks with Boss on Use of Term ‘Spying’ 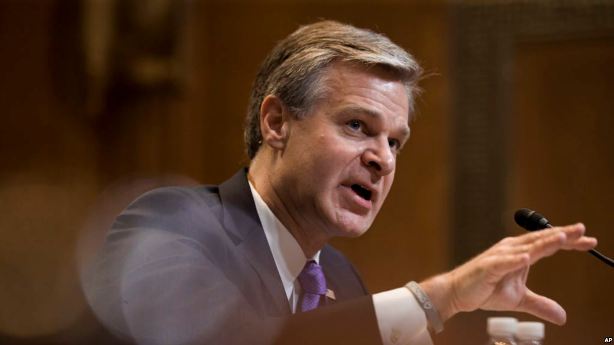 Photo: FBI Director Christopher Wray testifies during a hearing, on Capitol Hill, May 7, 2019, in Washington.

WASHINGTON — The head of the top law enforcement agency in the United States told lawmakers Tuesday he would not use the term “spying” to describe the agency’s court-approved surveillance work.

“Well, it’s not the term I would use, “FBI Director Christopher Wray told the Senate Appropriations Committee “Lots of people have different colloquial phrases.”

Wray’s comments are a departure from remarks made by his boss, Attorney General William Barr. Barr told a Senate Appropriations subcommittee in April, “I think spying did occur” on the Trump campaign and said, “Spying on a political campaign is a big deal.”

Barr’s language closely resembled that of President Donald Trump, who has repeatedly accused the FBI of spying during the election season.

While Wray acknowledged that people use different terms, he said his priority is ensuring the agency’s work is “done by the book.” Wray added he “personally” did not have any evidence the FBI conducted any illegal surveillance into any campaigns or into people associated with them.

The FBI director declined to further discuss the agency’s probe into the Trump campaign because it is part of an investigation conducted by the Justice Department’s inspector general.

« US Democrats Move to Hold Attorney General Barr in Contempt
US Senate Leader: Time to Move on From Mueller Report »