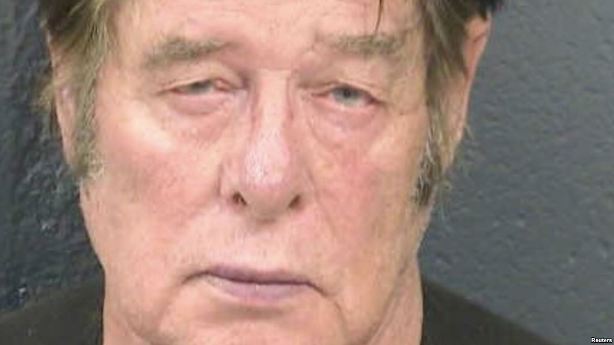 The leader of an armed civilian militia group that has been detaining illegal border crossers at the U.S. Mexico-border appeared in court Monday. He faces charges of being a felon in possession of firearms and ammunition.

Larry Mitchell Hopkins, 69, was arrested in the border city of Sunland Park, New Mexico, on a federal complaint.

The charges stem from the discovery of weapons at Hopkins’ residence in 2017, after the FBI was alerted to “alleged militia extremist” activity connected to Hopkins, according to a federal court complaint that was unsealed Monday. The United States Attorney’s office in New Mexico did not reveal why there was a delay in charging Hopkins.

Hopkins is the leader of the United Constitutional Patriots, one of several civilian militias operating along the U.S. southern border. On its Facebook page, the UCP claims it is a group of “Americans that believe in the constitution and the rights of every American that will stand up for there [sic] rights in unity and help keep America safe.”

Jim Benvie, a spokesman for the UCP, said the group is simply helping U.S. Customs and Border Patrol agents and local police, and that UCP members carry weapons for self defense and at no time pointed guns at migrants, as they have been accused.

But recently uploaded videos show armed members of the group detaining hundreds of children and their parents in the New Mexico desert near El Paso, Texas, before handing the migrants over to the Border Patrol.

The American Civil Liberties Union has accused the UCP of kidnapping and detaining people seeking asylum in the U.S.

Peter Simonson, director of the ACLU in New Mexico, told The Washington Post that his group alerted officials because of fears that the armed militia members would harm the migrants.

Hopkins was convicted of a felony in 2006 for similar crimes. At the time, he was arrested and charged with impersonating a police officer and being a felon in possession of a firearm.

According to an incident report cited by the Southern Poverty Law Center, Hopkins was seen at a gas station in Keno, Oregon, near the California border, showing firearms to a group of children, telling them that he was a police officer.

A Klamath County sheriff’s deputy wrote in the incident report at the time that he had “observed that Larry Hopkins was wearing a black uniform style shirt and black pants. Hopkins had a badge similar in appearance to a police officer badge pinned above his left breast in the area a police officer would wear a badge. Hopkins had a gold star on each of his collars, which is often a sign of rank. Hopkins had several military or law enforcement style pins all over his shirt in a uniform appearance.”

The latest firearms charge against Hopkins is relatively minor, but it can lead to more serious charges such as kidnapping and impersonating a police officer, and allow law enforcement authorities to open an investigation into the militia and his role in the group.