RI State Police to Increase Enforcement of Texting/Hand-held Cell Phone Laws During ‘U Text. U Drive. U Pay.’ Campaign 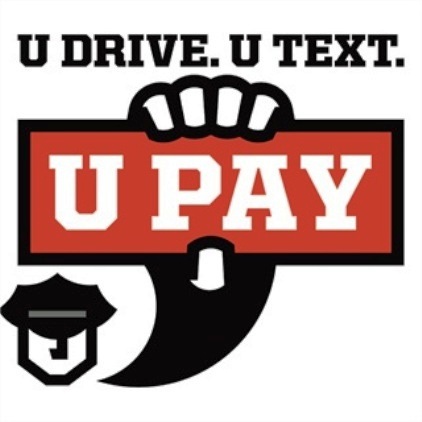 Colonel James M. Manni, Superintendent of the Rhode Island State Police and Director of the Rhode Island Department of Public Safety, announces that additional troopers have been assigned to special patrols next week to enforce the state’s texting-while-driving and hands-free cell phone use laws as part a national highway safety campaign called U Drive. U Text. U Pay.

“Distracted driving has become a major cause of death and injury on our roadways, in large part because of hand-held cell phone use while driving,” Colonel Manni said. “We hope this enforcement campaign will remind motorists to put down their phones while they drive.”

At any given moment, about 660,000 drivers nationwide are using their cell phones or manipulating electronic devices, according to a study by the National Highway Traffic Safety Administration. This has become a leading cause of death and injury in motor vehicle crashes nationwide.

The National Safety Council estimates that at least nine people die and 100 are injured each day in crashes caused by distracted driving. “Cell phones, dashboard touchscreens, voice commands and other in-vehicle technologies pose a threat to our safety,” the NSC reports.

That’s why NHTSA has declared April as Distracted Driving Awareness Month and provided funding for extra enforcement during the U Drive. U Text. U Pay. campaign from April 7 through 13.

Texting while driving is of particular concern, according to NHTSA, because the average person takes his or her eyes off the road for five seconds to read or send a text. When driving 55 miles an hour, that’s the equivalent of driving the entire length of a football field with your eyes closed.

“Taking your eyes off the road for even a split second greatly increases the risk of getting involved in a crash,” Colonel Manni said. “Our goal is to remind everyone to put down their phones, avoid distractions and drive safely.”

Rhode Island laws prohibit texting while driving as well as the use of hand-held cell phones and other communication devices while driving. Anyone found talking or texting on a hand-held device faces fines up to $100 and/or a license suspension up to 30 days.