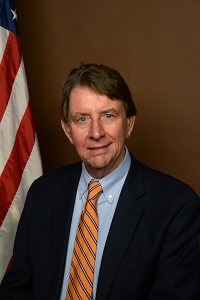 The proposed bill (5433) would create a restricted receipt account for all 911 funds collected by telephone service providers on land lines and cell phones, both contract and prepaid. The bill would also require all 911 funds to be used solely for the operation of the 911 system and would authorize the PUC to reduce 911 surcharges if they exceed the sums needed to operate the system.

Annually, Rhode Island collects approximately $15 million in E-911 fees from consumers who pay $1 per month on each landline and $1.26 on each cell phone. This money is collected to pay for the emergency communication system. However, only a portion of the money collected is budgeted for the state’s E-911 center; the remaining money goes into the state’s general fund and is not restricted to public safety.

Island are doing their part by paying taxes and fees, it’s time for Rhode Island law makers to do our job and end the improper diversion of 911 funds”.

“Every year millions of dollars are taken from taxpayers under false pretenses. This is a bait and switch that represents taking money away from our first responders”, concluded Representative Nardone. “Rhode Islanders deserve to sleep soundly knowing that if they have an emergency, someone will be on the other end of the line willing and able to assist in any way possible” said Representative Lyle. House Bill 5433 is co-sponsored by Representative Place (District 47 – Burrillville, Glocester) and Leader Filippi (District 36 – Charlestown, South Kingstown, Westerly, New Shoreham).