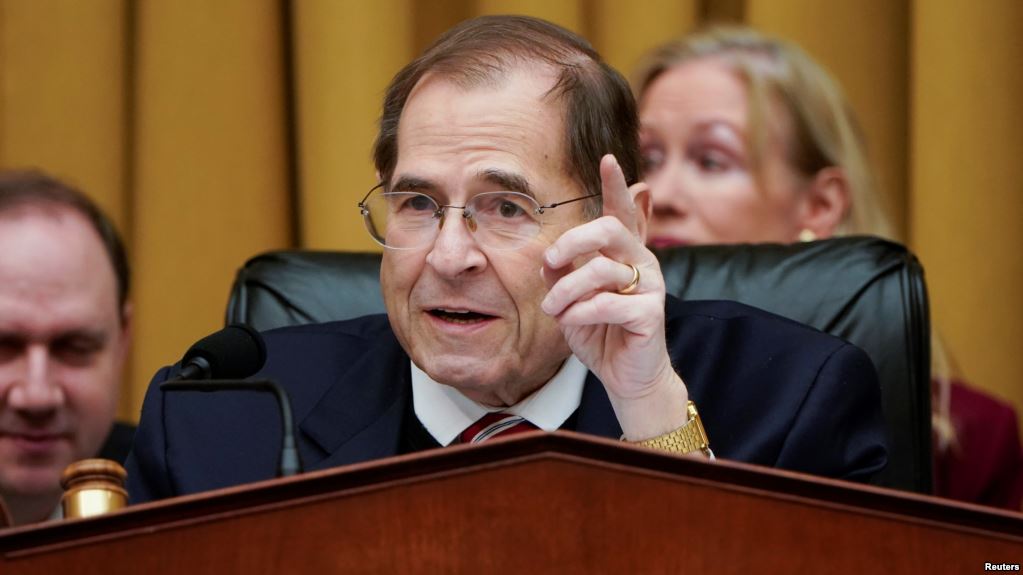 The majority Democrats on a House of Representatives committee are moving this week to subpoena the full report from special counsel Robert Mueller’s investigation of Russian meddling in the 2016 U.S. presidential election and five former White House officials.

The House Judiciary Committee had called for full disclosure by Tuesday of the nearly 400-page report and its underlying evidence. Attorney General William Barr said last week that he would release the report by mid-April, “if not sooner,” after confidential material had been redacted.

With its Tuesday deadline unlikely to be met, the House panel plans to vote to authorize the subpoenas on Wednesday, allowing the committee’s chairman, Congressman Jerrold Nadler, to actually issue them as he sees fit.

The five officials were likely key witnesses during Mueller’s investigation of whether Trump obstructed justice by trying to thwart the prosecutor’s 22-month probe.

A week ago, Barr released a four-page summary of the Mueller report, telling top lawmakers that the prosecutor had concluded that while Russia had interfered with the U.S. election, Trump and his campaign did not collude with Moscow to help him win.

At the same time, Barr reported that Mueller reached no conclusion on whether Trump obstructed justice. He quoted Mueller as saying that on the obstruction issue, “while this report does not conclude that the president committed a crime, it also does not exonerate him.” Barr and Deputy Attorney General Rod Rosenstein, after their review of the report, decided that obstruction charges against Trump were not warranted.

The notice for the Judiciary panel’s meeting said the former White House officials it plans to subpoena “may have received documents from the White House relevant to the special counsel investigation, or their outside counsel may have.”

After assailing Mueller and his investigation for months as a “witch hunt,” Trump has claimed complete exoneration from both the collusion and obstruction allegations, while Democrats have started to accuse Barr, a Trump appointee, of trying to protect the president with his abbreviated summary.

On Monday, however, Trump unleashed new attacks on opposition Democratic lawmakers for pursuing their investigations.

Trump said on Twitter, “Now that the long awaited Mueller Report conclusions have been released, most Democrats and others have gone back to the pre-Witch Hunt phase of their lives before Collusion Delusion took over. Others are pretending that their former hero, Bob Mueller, no longer exists!”

He added, “Everybody is asking how the phony and fraudulent investigation of the No Collusion, No Obstruction Trump Campaign began. We need to know for future generations to understand. This Hoax should never be allowed to happen to another President or Administration again!”