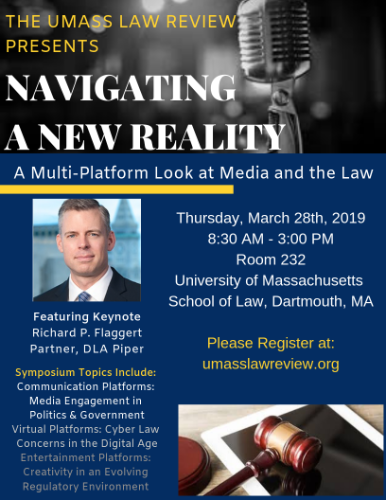 On Thursday, March 28, UMass Law will host Navigating a New Reality: A multi-platform look at media and the law at the Law campus.

The symposium will cover current issues facing the legal community including media engagement in government, cyber law concerns, and creativity in a regulatory environment.

The keynote will be delivered by Richard P. Flaggert, Partner at DLA Piper at 1:35 p.m.