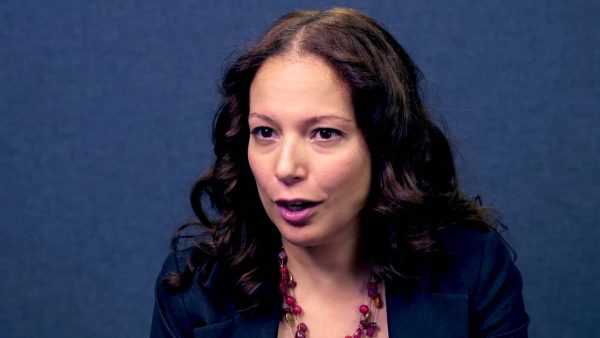 New York Deputy Commissioner Infante-Green Brings Proven Record of Instructional Leadership, and Support for English Learners and Students with Disabilities to the State; She Would be the First Latina and First Person of Color Named to the Role

PROVIDENCE, R.I. – Governor Gina M. Raimondo announced that she will recommend leading educator, policymaker, and advocate Angélica Infante-Green as Rhode Island’s next Commissioner of Elementary and Secondary Education. A first-generation American, Infante-Green has dedicated her career to expanding educational opportunity for children — from her work with English learners and students with disabilities in the classroom, to her proven record engaging the community around equity, and her leadership on statewide policies to strengthen instruction and graduation rates.

Governor Raimondo will welcome Infante-Green to Rhode Island at a press conference Tuesday morning at 10:00 a.m. in the State Room of the State House.

“Rhode Island has an urgent need to improve schools and close achievement gaps for our students, and I believe that Angélica can help push our state forward,” said Governor Gina M. Raimondo. “Her passion for education and her commitment to equity as an educator, leader, Latina, and mother are unmatched, and I look forward to working with her to stay the course on a long-term, comprehensive education strategy that is focused on the needs of every student in Rhode Island.”

“This is an important, exciting moment in Rhode Island education. The foundation is in place, and now we must have the courage and collective will to act boldly on behalf of all students,” said Infante-Green. “Rhode Islanders are demanding better for their kids and their futures, and that’s what all of us want. I became a teacher because I saw firsthand the transformative power of education. Every child deserves the opportunity for a good education, and it is on us to ensure that all students are positioned for success.”

Infante-Green began her career as a classroom teacher in the South Bronx. As a Dual Language Program teacher, she worked to maintain and expand students’ native language and culture. Later, as a Dual Language Program project director, she worked to create a curriculum in two languages that met the specialized learning needs of the Dominican community. She later served as Chief Executive Officer of the Office of English Learners for the New York City Department of Education, a department that serves more than 150,000 English learners annually.

Having gone through the experience of being an English learner in school herself, and now the parent of a child with special needs, Infante-Green founded the first autism bilingual inclusion special education program in the nation. She also created a middle school for students with interrupted formal education (or gaps in access and attendance), and a school for newly arrived English learners in New York City. In her previous role as Associate Commissioner for Bilingual Education and World Languages, she led the release of a nationally-recognized “Blueprint for English Language Learners’ Success,” a statewide framework that establishes high expectations for educators, administrators, and policymakers to prepare English learners for academic success. Every step of her career has been rooted in a focus on equity.

“We have a tremendous amount of work ahead, but we know what needs to be done,” said Barbara S. Cottam, Chair of the Rhode Island Board of Education. “If we continue to focus on high standards for students, professional learning for educators, and access to high-quality curriculum and 21st century learning opportunities for all school communities, we can and we will make dramatic improvements, especially for our students who need it most. It’s time for Rhode Island to double down on this long-haul strategy, and with her experience and leadership in the classroom and in education policy, I am confident Angélica Infante-Green will help us bring this vision to fruition.”

“The challenge before us is significant, and across the state, Rhode Islanders are feeling a tremendous sense of urgency when it comes to improving education. I know that Angélica Infante-Green feels that sense of urgency, too, and I am eager to get her on board so that we can seize this moment, bring all stakeholders together and collectively improve outcomes for students and schools,” said Daniel P. McConaghy, Chair of the Council on Elementary and Secondary Education.

“Angélica Infante-Green is a lifelong advocate for students and families in our public schools, particularly those who have been underserved,” said Dr. John B. King Jr., former U.S. Secretary of Education and President and CEO of The Education Trust. “She’s always been deeply connected to communities, and she’ll work hard to support effective partnerships between schools and families in Rhode Island as she takes on this vital leadership role.”

“I’ve known Angélica Infante-Green for years as a strong, smart, effective leader who is relentlessly focused on equity. I am thrilled for this historic opportunity to have our first statewide education leader of color coming into the role and moving opportunities forward in Rhode Island and beyond,” said Ken Wagner, the current Commissioner of Elementary and Secondary Education.

Infante-Green holds an M.A. in Education and in School Administration and Supervision from Mercy College. She has worked as an adjunct professor, serves on Stanford University’s Understanding Language Committee, and is a member of the first cohort of the Chiefs for Change Future Chiefs program.

Infante-Green’s nomination is expected to be considered by the Council on Elementary and Secondary Education and the Board of Education on Tuesday, March 26. If confirmed by the Board, she will be Rhode Island’s first Latina Commissioner of Education, and the State’s first Commissioner of color. Her first day at RIDE is tentatively planned for April 29.