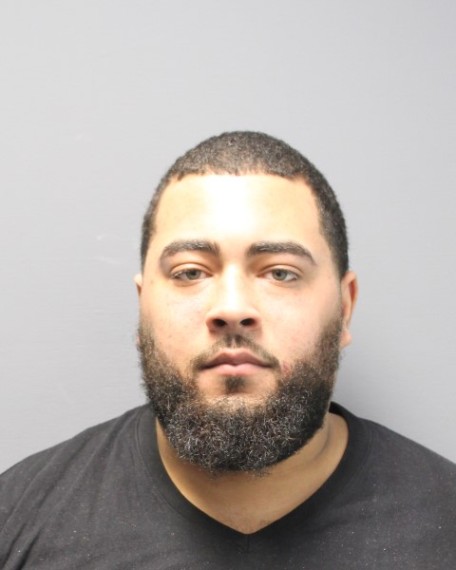 On March 10, 2019, at approximately 4:15 AM, Pawtucket Police responded to the area of 30 Vale St., after receiving a 9-1-1 call for shots fired.  Officers arrived on scene and located several shell casings in the roadway and two parked vehicles that had been struck. There were no reported injuries. Initial investigation by patrol officers located video surveillance and positively identified the suspect as Jonathan J. Goncalves (24) of 58 Centre St., 1st Fl., Pawtucket, RI.  A warrant for Goncalves was issued.

On March 11, 2019, at approximately 12:45 PM, Goncalves was observed exiting his residence and entering into a motor vehicle.  He was stopped by patrol officers and taken into custody.  Goncalves was interviewed by detectives and admitted that he had fired the shots due to an early altercation with several males on Vale St.

Goncalves was charged with numerous firearm offenses and was arraigned in Providence District Court this morning.  He was held without bail as a probation violator.